The animals steal the show in this fun adaptation of David Baddiel's children's book. 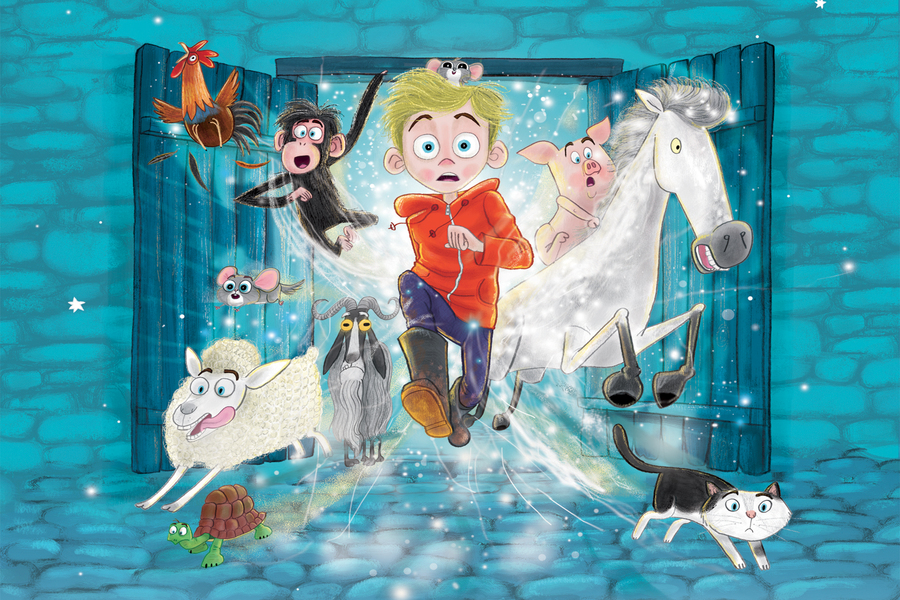 Malcolm is grumpy. It’s his 11th birthday but instead of the super-duper laptop he asked for, his animal-crazy family have given him a chinchilla – and he doesn’t care about animals. At least, that’s before a school trip to a farm, where a chance encounter with a magical goat sees him transform from boy to beast.

As Malcolm—via some nicely handled on-stage help—turns variously from tortoise, to cat, to pig, he learns the importance of not judging based on appearances. It’s an always worthwhile message for kids, not hammered home too heavily.

Adam Fletcher-Forde’s adaptation of the book is clear and unfussy, although, compressed, it feels overly episodic. There’s a Dad-style, endless joke about kids’ obsession with text acronyms, while some of the humour aimed at adults lands awkwardly. But dropping your lead character into "Orwell Farm" is a neat pun.

There aren’t many surprises as to how the other farmyard inhabitants are characterised, but the cast are bright and fun. The pair of tortoises (who, with their shell-patterned backpacks, look like geriatric teenage mutant ninja turtles) are the best.

Fletcher-Forde and co-director Julia Black make good use of Jacqueline Trousdale’s versatile set as Malcolm makes his way to the chimp cage, where a pile of poo gleefully awaits. Matthew Hamper brings boundless energy to the erstwhile animal agnostic, fully committing to each transformation. He’s only slowed down by the blandly upbeat score. Less singing, more tortoise, please.