Review: Wriggle Around the World by Recitals for Wrigglers

This classical concert for under-fives is a simple format, done well 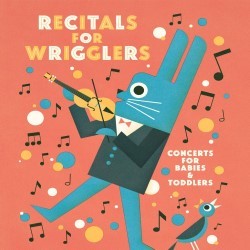 Wriggle around the world

Wriggle Around the World is a mighty civilized way to start your day at the Fringe. Even the presence of a dozen or so under-fives—this show’s target audience, to be fair—does little to mar the enjoyment of listening to two talented musicians playing a selection of short classical works in an informal environment.

Cellist Clea Friend and violinist Louise Bevan clearly know their audience, their programme mainly comprising upbeat numbers—a Scottish reel, Brahms's 'Hungarian Dance No. 6'—that keep the little ones entertained. Introductions to the pieces presents the show as a journey, including travel by boat, horse and train to the various countries represented, but this narrative is loose enough for the chitchat not to feel laboured. The story of The Gingerbread Man—broken up with extracts of Bach and Bevan—offers some pleasing variety to proceedings.

Circulating photographs of the various composers doesn’t add much, given the age of the majority of the audience, but the appearance of a suitcase full of rattles and noise-makers towards the end of the concert is a hit. Recitals for Wrigglers—Wriggle Around the World is one of two shows from these performers, alongside The Lion and the Mouse—won’t be changing anyone’s world this Fringe. But that’s not what this type of show is about – Wriggle Around the World is a simple format, done well. It's no surprise it's doing well at the box office – so it should be.