A wall of sound makes for an entertaining tribute. 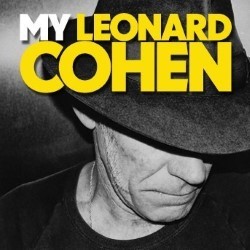 Leonard Cohen’s songs have been covered many times – sometimes reducing them to fluffy turds. Stewart d’Arrietta and his band do no such thing. Emphasising the rock in Cohen’s oeuvre, they get the crowds going from the moment they hit the stage.

D’Arrietta’s interpretations of Cohen’s songs are, like his voice, raw and thumping. The band goes full out. In every song, and that gets a bit much after a while. More dynamic variation would be welcome, if only to save Cohen’s lyrics from drowning in a sea of sound where none of the individual instruments can be heard. Backing singer Heather Macleod is criminally under-used, and deserves a few songs of her own.

In between songs, D’Arrietta highlights the Canadian artist’s life. He doesn’t explain why Cohen means so much to him, but leaves that to the music: the legacy of Cohen, who died in November last year, is an extraordinary body of work.

'Dance me to the End of Love', a song Cohen wrote when he found out that Jewish string quartets were forced to play at concentration camps whilst their fellow inmates were being led to the gas chambers, is the highlight of this tribute. D’Arrietta’s interpretation of the song is gripping and shows what a force of nature this Australian man and his Scottish band are.