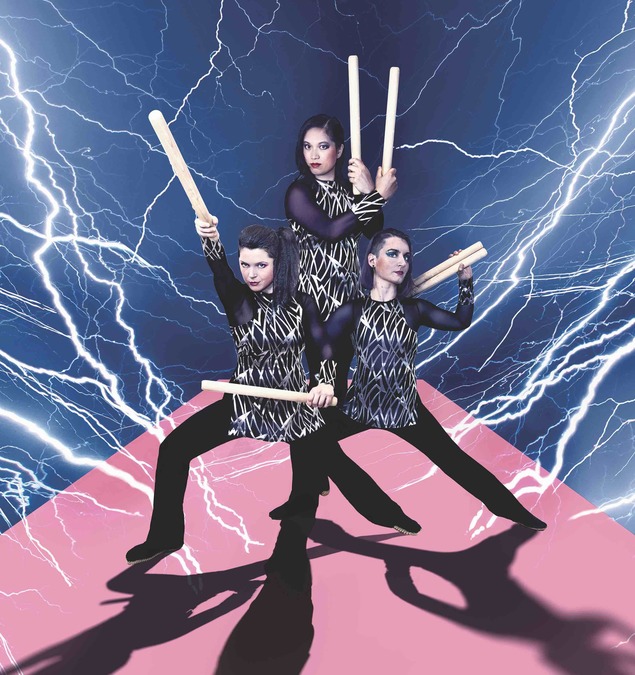 Taiko is a traditional style of Japanese drumming, and the Mugenkyo Drummers—the name means “limitless reverberation”—are the longest-running Taiko troupe in Europe. Based in central Scotland, they’re a regular fixture at the Fringe with their energetic gigs. This year, though, their show is a little bit different.

In most of Japan, women were not traditionally allowed to take on Taiko, as the drums were kept within sacred Shinto shrines that women could not enter. Times are changing, but it’s still a male-dominated music. Not so with Mugenkyo. Beat Grrrls is an all-female show: a set of seven songs—a mix of traditional and fresh compositions, across a range of styles—pounded out by a group of five women dressed in sparkly silver tabards and headbands.

Taiko aficionados will be able to tell you whether it’s a particularly proficient performance or not, but to the layman, it’s pretty impressive. There are big drums and little drums and gongs and paddles and cymbals and one great, big, hulking enormous drum, the Okaido, at the back of the stage that makes the whole room shake when it’s hit.

Some songs are better than others—the opening two numbers, 'Ga-Ruzu Miyake' and 'Yatai Bayashi', are particular highlights, while new composition 'Bird Of Paradise', played in the Hachijo horizontal style, seems feeble in comparison. Mostly, though, this is an energetic, athletic display of drumming, with a laudable feminist edge to it. Just don’t go if you’ve got a hangover.