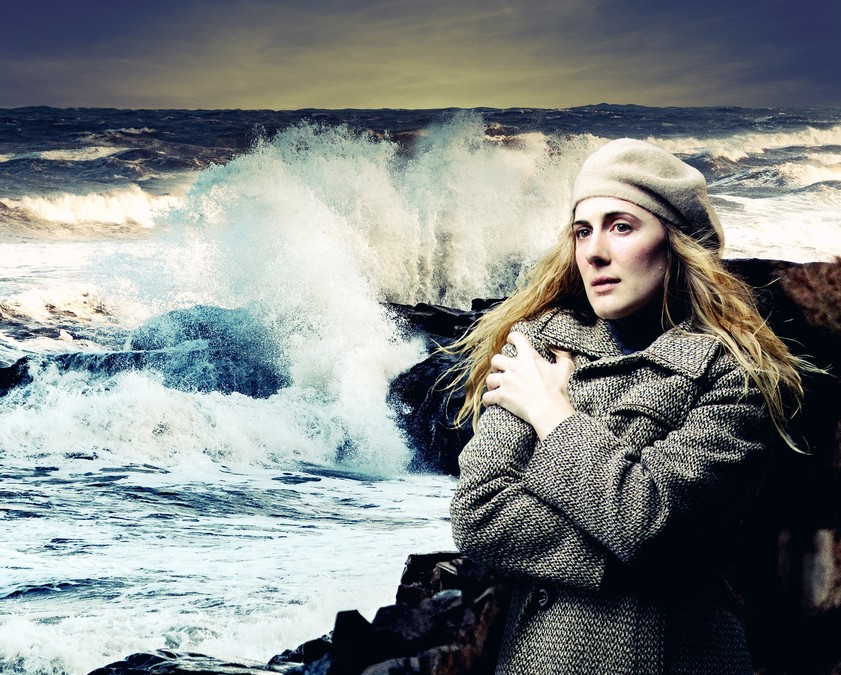 To Scottish Opera, where American composer Missy Mazzoli is overseeing rehearsals for Breaking the Waves, her operatic take on Lars von Trier’s 1996 film of the same name, before its European premiere at the International Festival. “I don’t think I’ll be seeing that one,” says the receptionist, a self-confessed opera-nut, when I mention the title. “Too bleak.” Bugs Bunny’s fourth-wall-breaking final line from Chuck Jones’ What’s Opera, Doc? springs to mind – “Well what did you expect in an opera... a happy ending?” But of course, I know exactly what she means. Even Wagner would find Breaking the Waves outré.

The film follows Emily Watson's Bess, a naïve new bride from an ascetic Scottish village dominated by Calvinist doctrine, who believes she communes directly with God. When she prays for her rakish oil rig-worker husband Jan to return to her, he does so on a stretcher after an accident on the rigs. Bess finds herself making a perverse pact with her infirm husband, who persuades her to sleep with random men and report back on her encounters. Bess is convinced these promiscuous acts will somehow revive his health.

Mazzoli first saw von Trier's emotionally bruising film around a decade ago. “I felt the way a lot of people do when they see it: I was overwhelmed and I was shocked. It stayed with me for a really long time, but not necessarily in a good way. I didn't think, ‘Oh I have to make this into an opera'.” She was talked into the project by Royce Vavrek, the Brooklyn-based librettist with whom Mazzoli regularly collaborates. “Royce has loved the film since he was 14,” she reveals. “Which is weird, right?”

Despite Vavrek’s ardour for the material, Mazzoli took some convincing, mostly because of her appreciation for Breaking the Waves as cinema. “I thought, ‘What are we doing turning it into an opera?’ ‘What can we bring to it?’" She soon realised the answer was plenty. "We ended up making something that is very different. I was able to bring a lot to the story that's not in the film at all.”

Such as? “Well there's no score in the film,” she offers, “nothing telling you how to feel except for what you're seeing. So there's a lot of space for me to add another layer. I had to come up with my own version of what is going on in Bess's mind and how does it relate to my own experience as a young woman growing up.”

Bristol Old Vic’s Artistic Director Tom Morris, who’s directing this new version of the opera, joins our chat and suggests the main difference between the film and the opera is Mazzoli's attitude to Bess’s fate. “Mercy sits in a very strange place in [von Trier’s] brain, you sense,” says Morris, “and the film articulates that. But my view is that mercy sits in a very different place in Missy's brain. So the attraction of this project, for me, is the way in which Missy has taken that central character and written her this musical imagination.”

This production is something of a homecoming. Breaking the Waves was written in 2016 for Opera Philadelphia, but solidified in Mazzoli's mind during a trip to Skye in 2014. “Skye's landscape, which has these extremes that you never see in America, is definitely in the music," she explains. "There are these lush meadows that are filled with jutting rocks that seem to come out of nowhere, and fields full of sheep that end in a plunge off a cliff into the ocean. And all around these violent waves are crashing into this pristine, idyllic place. That was very shocking and inspiring to me, the violence and the lushness all at once.”

As Mazzoli mentioned, there’s no score in Von Trier’s film, but there is music. Its seven chapters are delineated by extended shots of ethereal landscapes, over which period pop songs blast out. Can we expect some '70s pop in her operatic production? Mazzoli smiles. “Put it this way,” she says, “there's an electric guitar in the pit.”

Isn’t that a bit unusual for an opera composer? “Is it?” counters Mazzoli. “To me, it makes total sense. I mean, those men are operatic!”