Intentions aside, this can't beat the bitchy, barmy original 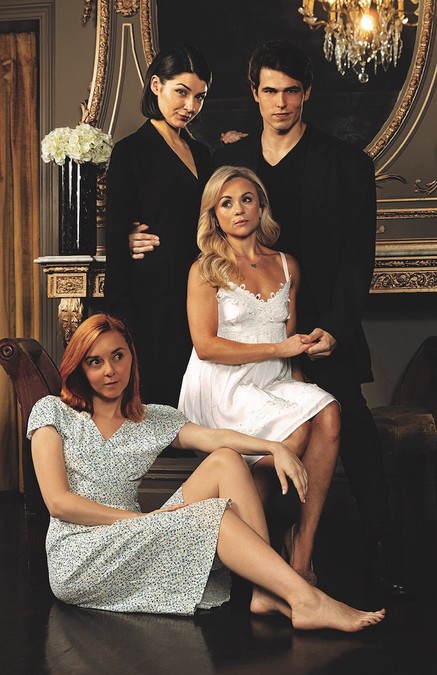 As a film adaptation of Les Liaisons dangereuses, Cruel Intentions took improbable leaps, transferring the warring affairs of the French nobility to a Catholic high school on the Upper East Side. The musical, however, takes only baby steps away from its source material, inviting constant comparisons. Half the songs are pulled from the soundtrack, and the dialogue is identical, with a few tasteful cuts around the worst of the homophobia.

While the movie and musical have the same 90 minute runtime, the addition of a dozen songs from Now That’s What I Call 90s Music hurts the pacing. The songs are brilliantly performed and great when they work, either as gags or heartfelt solos. But at least four should have been cut.

The biggest victim of the rush is the love story between Sebastian Valmont, the rake, and Annette Hargrove, his virtuous target. Long, hesitant scenes are cut down to moments. Dominic Andersen, as Sebastian, remains stony-faced, while Sophie Isaacs as Annette comes off a little like the tease he says she is. Their romantic denouement is nicely handled, but then goes unexpectedly coy as the lovers wander offstage. A similar decision to hold their final scene at the back of the thrust stage, barely visible, is baffling. It is left to Rebecca Gilhooley, playing Kathryn Merteuil with villainous glee, to bring a sense of catharsis.

The show is at its strongest when it works in new material. The use of TLC’s 'No Scrubs' to send up racist hip-hop fans is pitch perfect. There’s plenty of ways the musical could move the material on: embracing the shallowness and playing up the parody, or pushing for depth and feeling. But hedging between the two leaves it a fun but limited retread.