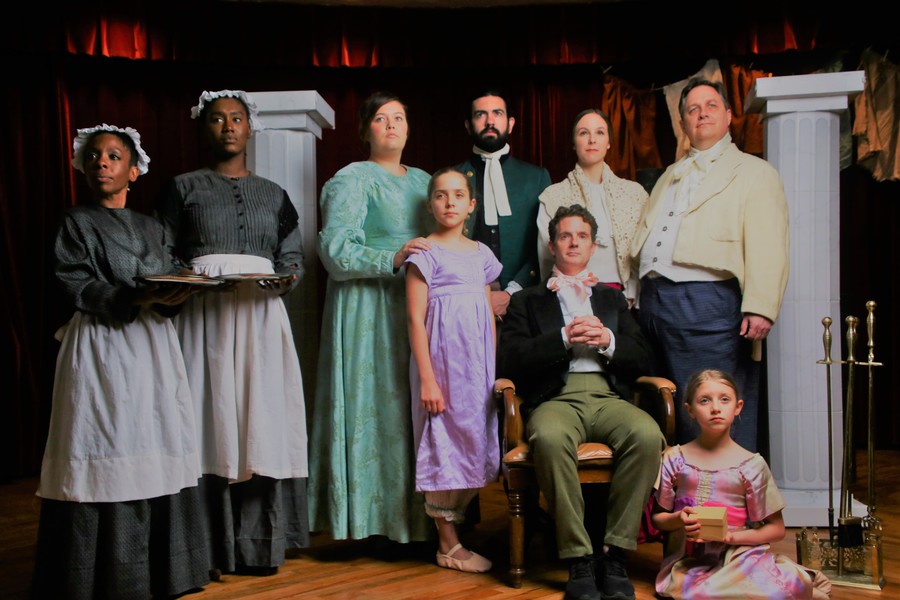 Based on real events, Henry Box Brown – A Musical Journey tells the story of a fugitive slave's life and his eventual escape to freedom by mailing himself to abolitionists in Philadelphia.

Directed by Tony Award-winner Ben Harney and co-created by Jack Lenz, Mehr Mansuri, and Frank Sanchez, the musical uses hip hop and gospel to show Henry Brown's story. From being separated from his mother and taken to work in a tobacco factory, to finding and losing the love of his life, the musical covers everything that happens in Henry's life until he achieves freedom, accompanied by a soundtrack of incredible songs.

The music comes into its own in the second half of the show, when we hear some group gospel numbers and an astounding a cappella portion of a song – a whoop in the audience and a standing ovation is most definitely deserved. A standout ensemble number is 'Twist the Tobacco', which uses harmonies, simple choreography, and the actors creating the rhythm excellently together. The team have created a show which is a treat for the ears and the perfect showcase for these actors.

Perhaps the acting is pushed to the side, and the stage looks a little cluttered at times, but Henry Box Brown's focus is most definitely on the music to tell this important story, and these voices certainly need to be heard.