Review: How to Use a Washing Machine 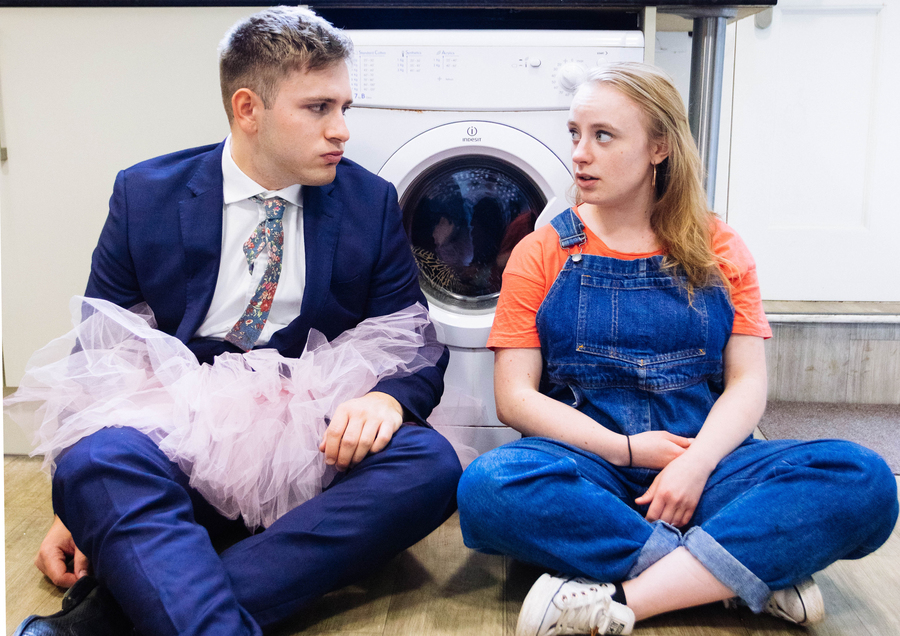 Those familiar with the style and tropes of a certain kind of musical theatre will be acquainted with the difficulty of summoning its particular feel outside of the Broadway/West End-type surroundings it usually demands. Put bluntly, the close quarters of many Fringe venues are generally an odd fit for big performances. At worst, this can create an awkward dissonance – an attempt at the epic, squashed down into an uncomfortably intimate setting.

With this in mind, How to Use a Washing Machine first of all deserves credit for not only getting past this contradiction, but also using it to the play’s benefit. This is a story which, with intention and wit, treats the domestic, the mundane and the emphatically personal as if the squabbles of two millennial siblings were equal to the Phantom of the Opera’s machinations. This gambit pays off, due to both its rewarding earnestness and the excellent live string quartet which accompanies the drama.

Returning to their childhood home for the last time, a once-close brother and sister reflect on the unexpected, divergent and often disappointing ways their lives and have panned out thus far. Both are sympathetic, yet never at the expense of each other.

Narratives themed around unrealised dreams are hardly new at the Fringe, but this play reminds us of why this concept is so rewarding. Although both characters perhaps take too long to establish themselves, leaving the resolution a little rushed, the audience will nonetheless be gratified to see it arrive.