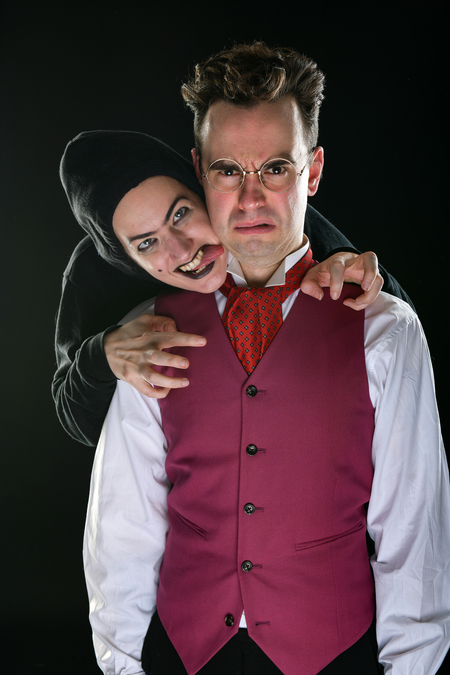 “There are no spoilers for a story that’s 100 years old,” Lindsay Sharman argues early in Jekyll vs Hyde, as her co-star and husband Laurence Owen attempts to get his high-art musical handpuppet adaptation of The Strange Case of Dr Jekyll and Mr Hyde back on track. A quick show of hands proves the audience also think they know where this is going. Sharman and Owen make sure they don’t.

Jekyll vs Hyde isn’t one adaptation – it’s two, spliced together, with a jolt of Punch and Judy drama between Sharman and Owen to bring the Frankenstein to life. There’s the period piece with quick-witted, complex lyrics set to Gilbert and Sullivan-esque tunes – Owen’s passion project. And there’s the American high school musical, complete with a cameo from the good Doctor Frankenstein himself and a Nice Guy narrative, which Sharman argues has a better chance of entertaining their audience.

The result is a cobbled-together compromise helped along by the duo’s bickering. The conceit, if paper-thin at some points, is entertaining enough to invest in. It makes a virtue of the ramshackle production and lets the show’s assets shine – chiefly Sharman’s crude clowning charm and Owen’s pipes and composing.

It is a slight shame that the comic interplay between Sharman and Owen out of character is so much stronger than the Jekyll and Hyde scenes. There are points where a couple of needlessly tawdry, borderline misogynistic jokes spoil the fun. But the pair throw themselves into the next bit of silliness with such vigour that any sour aftertaste can’t linger for long. “Indulge the dark shadowy part of you that loves stupid things,” Sharman coos. It’s convincing.