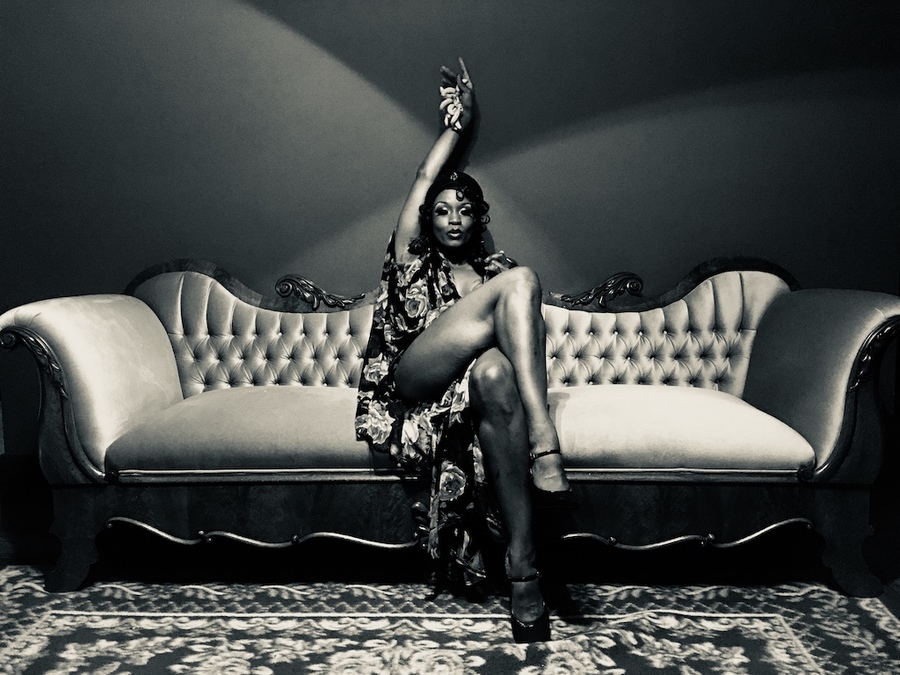 Josephine Baker lived an incredible life. In one hour, performer Tymisha Harris brings Josephine to life, sharing her story, her music and fabulous costumes in this blend of musical theatre, cabaret, burlesque and storytelling.

Harris's performance is stunning. She plays off the audience, those in the front row becoming ex-husbands and both male and female lovers, and uses the rapturous applause of a 2019 audience to contrast the stony silence of American audiences throughout Baker's life.

It is clear that Harris has spent time studying Baker's performances. She captures her animated expression as she sings, and adds a deeper tone and richness to her voice as the older Baker, while still making the show her own.

This production is high glamour on the surface, but beneath it runs a fear and oppression subtlety played by Harris. In the play's beginning, she jumps from all-out performance in front of the microphone to a downtrodden woman, admonished for being somewhere she shouldn't. Running to a better future is a constant theme. By the end, it seems that Baker found something of this future, though she had to fight every step of the way to shatter stereotypes. "I play the savage on stage so I try to be high class in everything else," Harris observes.

In a lump-in-throat moment, she talks of her fear of becoming another Saartjie Baartman, her remains put on display. Josephine Baker's story should be told, and this is an exceptional telling.