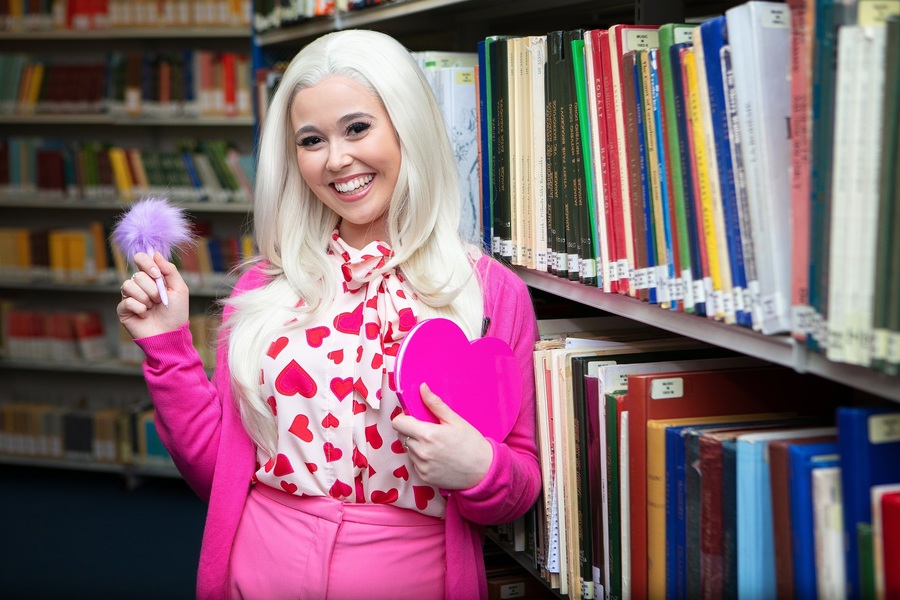 For those who haven’t done their homework, Legally Blonde is the story of sparkly heroine Elle Woods who gets into Harvard Law school in the name of love—what, like it’s hard?—only to ditch her dull ex-boyfriend and find her purpose in the courtroom. Performed this August by graduates from the Royal Conservatoire of Scotland, the official musical is based on the novel and 2001 film of the same name. As the big number has it: Ohmigod, you guys!

Vanessa Campbell makes a fresh-faced, wide-eyed Elle with a strong line in physical comedy, and has the buzzy 10am audience wrapped around her impeccably manicured little finger. Some songs aren’t that memorable (no fault of the RCS’ capable band), but Campbell and her bubbly Delta Nu sorority sisters nail tough choreography to sell them to us – even if they are dressed in dubious denim pedal pushers that surely Woods and co. wouldn’t tolerate.

The musical first opened in 2007 and although this version has a few updates (spot Trump stickers and Tinder gags) it could do with more. The court case rides on a silly number called ‘Gay or European’ and lovably eccentric hair-stylist Paulette’s ballad about wanting an Irish husband is overwriting of an otherwise great part – although Eloise Runnette still makes the role her own. Elle’s big graduation ceremony is overshadowed by a proposal that waters down the film version’s feminist message, but none of these details dull this emerging cast’s shine.