It's Asgard, but not as we know it: Harry Blake's new musical places the shapeshifting demi-god in the spotlight. 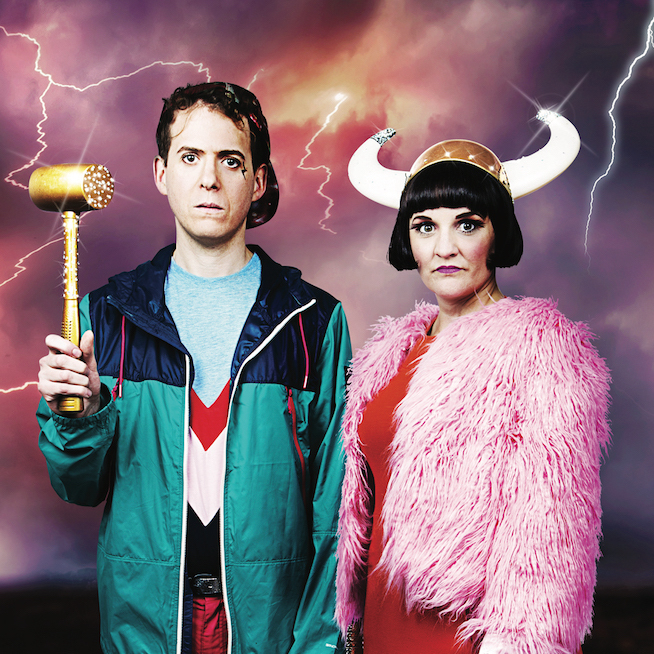 Asgard looks incredibly trendy these days. Designer Amy Jane Cook has created a sci-fi city scape with Star-Trek-esque sliding doors, cladding the inhabitants in athleisurewear. This is, after all, the land of Norse gods, where you're nothing without a semblance of strength. Enter a weedy Thor (Harry Blake), whose weapon of choice is the cor anglais, and scaly befeathered Loki (Alice Keedwell), whose appearance is mocked before she gets a chance to prove her worth. It's a far cry from the rippling abs of Norse mythology via Marvel, instead cutting a new path to unite the nine worlds ahead of Ragnarok.

Blake and Keedwell's show delivers fresh music, memorable vocals and an admirable ensemble of actor musicians. Laurie Jamieson in particular has the villainous joy of playing conniving giant Thiassi, a role he absolutely relishes. The show's at its best when we see the cast en masse: Jennifer Fletcher is the mind behind the show's "simple but effective choreography".

Interestingly, in a show that celebrates peace and poetry, it's the battle scenes that stand out. Compared to Fletcher's busy army choreography, Thor and Loki's meeting feels anti-climactic. Blake plumps for a deadpan performance but after 75 minutes the effect is grating. It's clear that it's Loki we should be rooting for: Keedwell is sincere and vulnerable, giving Loki's character arc a powerful punch. Too bad Blake needs the enchanted hammer to achieve the same power on stage.