A show about a spiny superhero that skewers sexism 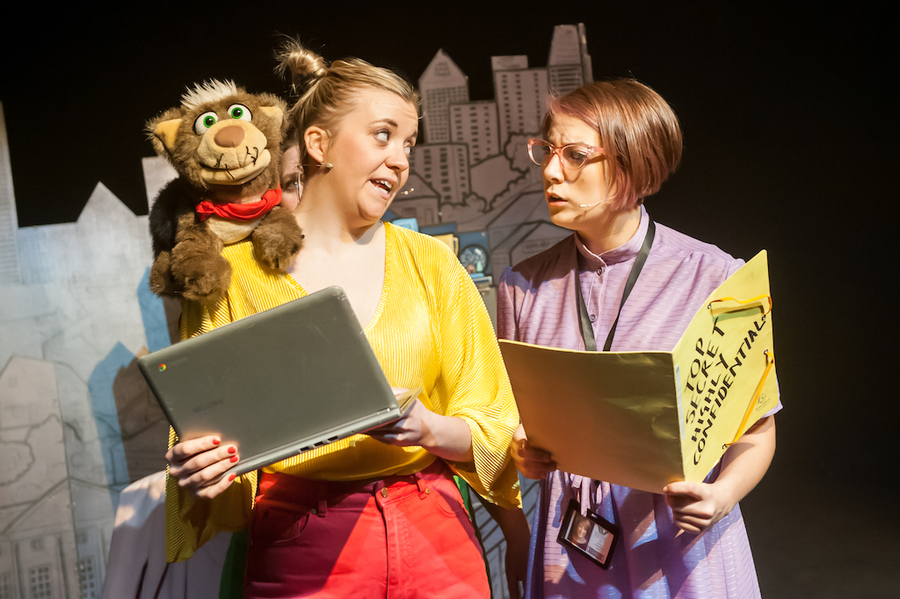 When a maniacal misogynist’s plot to turn women into mindless breeders backfires, Bryony Buckle (Allie Munro), a meek tax accountant with IBS and anxiety, becomes Vulvarine, saviour of womankind and High Wycombe. Fat Rascal Theatre have brought back their original musical alongside Unfortunate this year, but Vulvarine doesn’t suffer for being their second offering each evening. If anything, the cast seem limbered up, throwing themselves into the opening number with a gusto that never wanes.

The show is shot through with feelgood feminism, from Robyn Grant’s swivel-eyed cross-dressing turn as the Mansplainer to the dick jokes – of which there are just enough to satisfy. Vulvarine swoops in to save women from manspreaders, lame parties and bad sex. While the misogyny of the mansplainer sounds like 4chan come to life. The show never lets it get too heavy.

It’s incredibly silly, but brilliantly slick as well. The set looks deceptively simple and the lighting and sound is as good as you’re likely to see in any temporary space. The cast are upsettingly talented. Bar Munro, all take multiple roles. The scene where Bryony discovers her powers shows how much thought has gone into the production. There’s no subtlety in how they manage it, but boy is it funny. The balance and pacing are just right, with hints of sweetness in Bryony’s pursuit of the pleasingly useless Orson providing some contrast for the cruder moneyshots.

The songs are well-varied with a couple of true showstoppers. Grant wrote the book, which may explain why two of the absolute belters—including a stonking villain song—are in her capable hands. But there are enough fab solos and one-liners to go around in this exceptional ensemble piece.