This new musical is well-sung, but the book and lyrics rely on tropes and uncomfortable stereotypes to tell its story 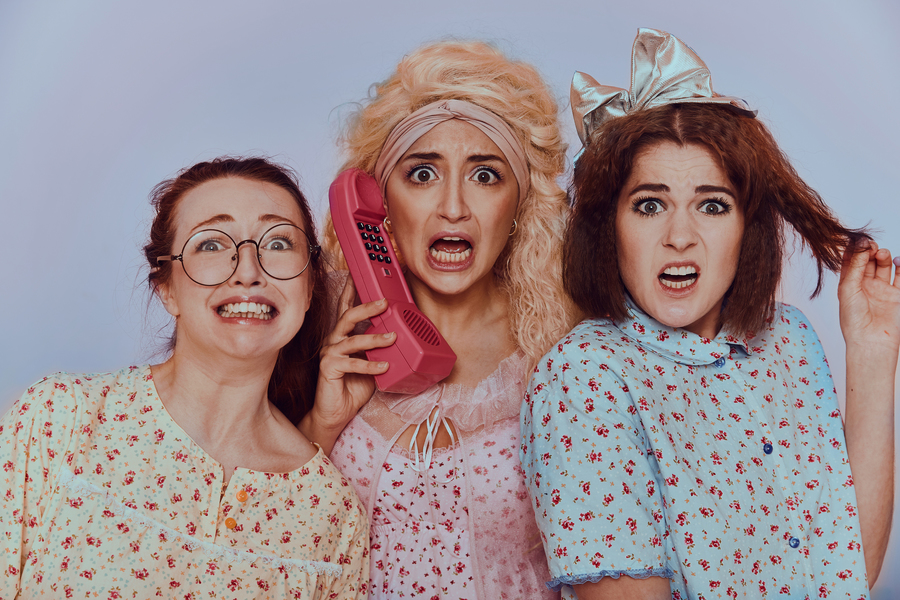 The 1980s are experiencing a comeback, with outrageous kitsch from the decade popping up in fashion, pop culture and the arts. This new musical embraces this aesthetic wholeheartedly. It tenuously merges tween girl game Dream Phone with the horror film genre, resulting in a bizarre spoof that’s over-reliant on tropes.

Recognisable pop songs with new lyrics make up the bulk of this show about a trio of American high-school girls, but the book and lyrics are cheap, lazy and lack innovation. Melody is the popular blonde, Janice is the stupid promiscuous one, and Stacy is the geek. The three of them make up the Beaver Babes (yes, really). It’s unconvincing that Melody would ever be friends with Stacy.

What’s much worse is the hyper-sexualisation of the characters. Considering they play children, it’s creepy and uncomfortable rather than funny. At a Beaver Babes sleepover, Melody’s mum gives her a Dream Phone that starts receiving calls from another girl at school. More strange things happen in the house but they’re not fully integrated into the story. It becomes increasingly absurd and unbelievable, leading to an ending relying on a plot device regarded as a no-no in writing or theatremaking. GCSE drama students would fail for using it.

However, despite the uniformly problematic show, the three performers are outstanding. Natasha Granger, Alexandra Lewis and Kerrie Thomason attack the material with boundless enthusiasm, and are also fantastic singers. This goes some way towards redeeming the poor concept.