Iconic musical in concert is too safe despite youthful chorus 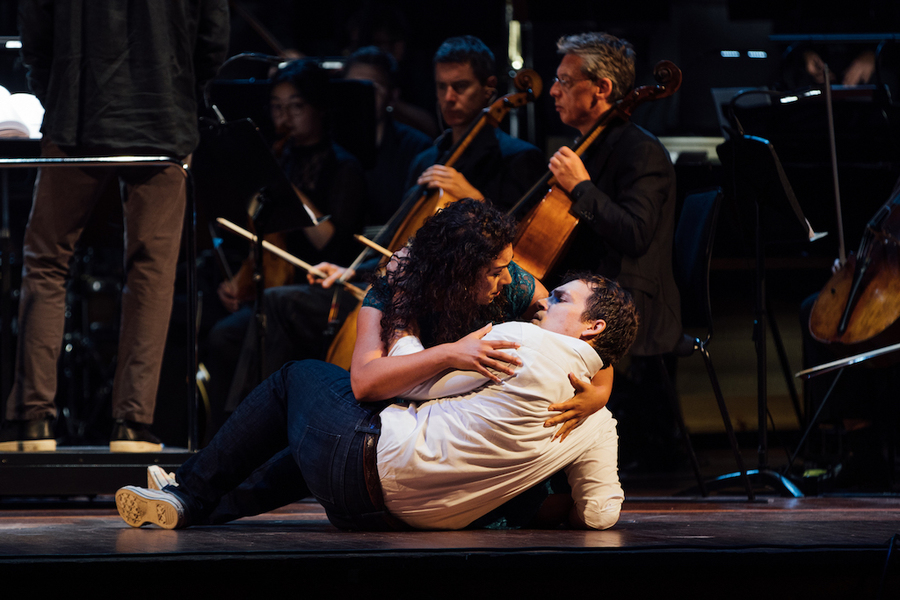 In the grandiose Usher Hall, the Scottish Chamber Orchestra perform one of the most iconic pieces in the musical theatre canon. But despite the auspicious setting, West Side Story fails to live up to its reputation.

John Eliot Gardiner has been waiting 61 years to conduct this work – he even shared a taxi with Leonard Bernstein in the 1960s. And for a story that tells of first loves and warring gangs, Gardiner rightfully casts upcoming performers to add a youthful energy to proceedings.

But this show needs a stronger director to channel the raw potential into a more polished, focused creation.

Vocally, there are some powerhouse performances. Sophia Burgos’ Maria floats over the melody, with top notes so pure and controlled that they leave the mouth agape. Andrea Baker’s Anita has guts and gusto, a mezzo soprano that commands attention in the resonating space.

The men fare less well. Alek Shrader’s Tony lacks projection, and Dan D’Souza’s Riff is too intense. It works in his menacing acting, less so in the tremble of his vibrato.

Gardiner pushes the orchestra along at a whip-cracking pace—perfect for the prologue and dance numbers in this heavily rhythmical work—yet seems to hold back with the chorus. ‘America’ and ‘A Boy Like That’ are painfully slow, as if Gardiner doesn’t trust his cast to convey the requisite emotions at speed. And for all the risk-taking in West Side Story, Gardiner's vision and Stephen Whitson’s staging feel subdued and safe.