Bryony Kimmings rises from the ashes of a shit year 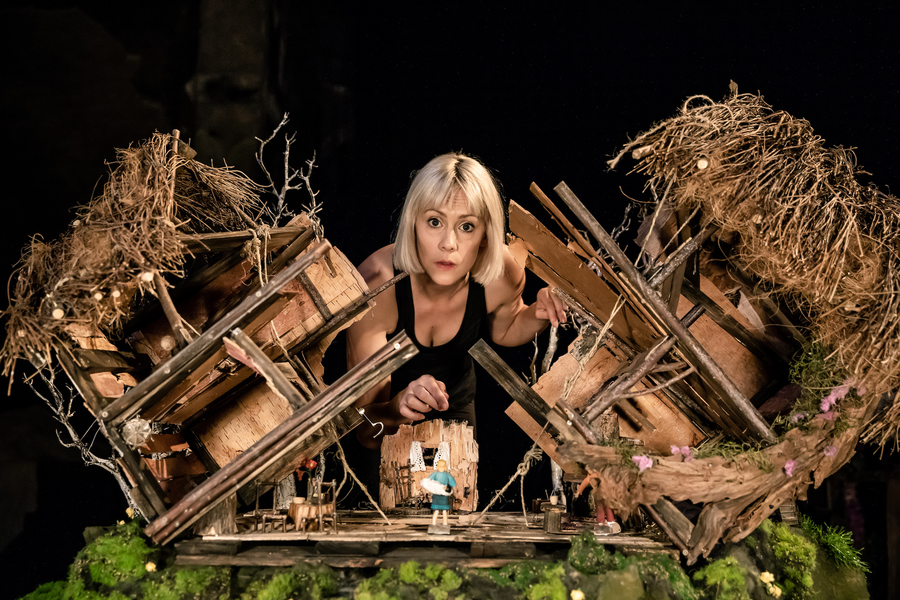 Bryony Kimmings, it’s fair to say, has had a tough time. In the space of a year, her relationship broke down, her baby son got dangerously sick and her mental defences began to crumble. Shit, as she puts it, hit the fan. She’s here now to rise from the ashes on stage, retelling her destruction in order to be reborn.

A tool that Kimmings has learnt in therapy, she tells us, is rewinding: returning to the past while keeping it at a safe distance. I’m a Phoenix, Bitch accordingly tracks back to key moments in Kimmings’ trauma, which are held up for inspection. Despite the deeply personal content, Kimmings has absolute control over her art, transforming her suffering into a series of distressing but beautiful images.

The show also smartly dissects the roles that women feel pressured to play. In her rewinds, Kimmings picks up and discards different cultural scripts—the lover desperately clutching onto her man, the hippy Earth mother—as she tries on various versions of womanhood. She borrows images from music videos and horror movies, seeing her life as a slowly turning reel of film – until her life itself begins to unspool.

At times, it can all feel just a bit too slick. For all that Kimmings talks about the rawness of the material, this show is a polished machine. But that in itself is a sort of triumph, proving that beauty and meaning can eventually emerge from the chaos of pain.