A tale of bloody revenge upon male and colonial violence 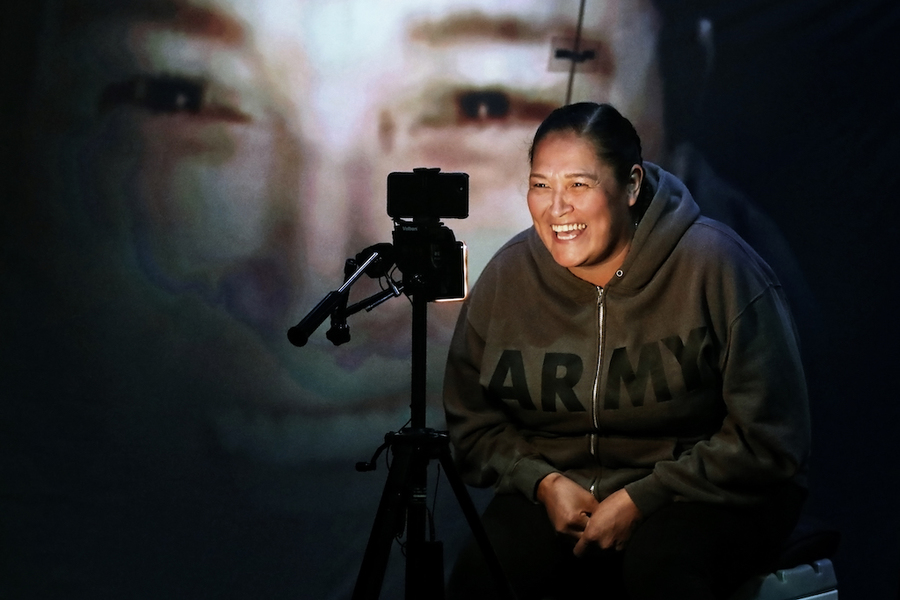 The Canadian national discussion around the recently-published National Inquiry into Missing and Murdered Indigenous Women and Girls has unearthed deep feelings of anger and shame about the disproportionate lack of safety experienced by the group the report concerns. This one-woman show, performed by actor Cherish Violet Blood, fictionalises the story of just one girl who lost her life through what is perceived to be a toxic brew of male violence, colonial violence and institutionally racist disregard.

Blood’s performance of Tara Beagan’s play creates a powerful glimpse into life amid Canada’s underprivileged, working-class indigenous communities, with the central character, Blackfoot woman Tara, balanced on a knife-edge between tenderness and fury. She remembers her childhood – a dysfunctional one, with a mother who barely registered the abuse of her daughters by her new partner. Yet also a fond one when she recalls that sister, or the rare bonding she felt with her father when he took her hunting, a precursor to her joining the Army and being sent to the Middle East.

Tara’s revenge for the murder of her sister is bloody and wince-inducing, and envelops the play in sheer anger. The piece is delivered in hard-edged but often amusingly contemporary Canadian, and through words, performance and Andy Moro’s direction, Tara comes vividly to life before us; yet the basis of the monologue is that it’s being delivered as a piece of video testimony after something almost unspeakable has happened, and the choice to live-stream Blood’s face onto two screens behind her distracts from her performance, despite the mood created by occasional video effects.