Review: Dream of a King

For all the oratory skills of Martin Luther King, this play has little to say 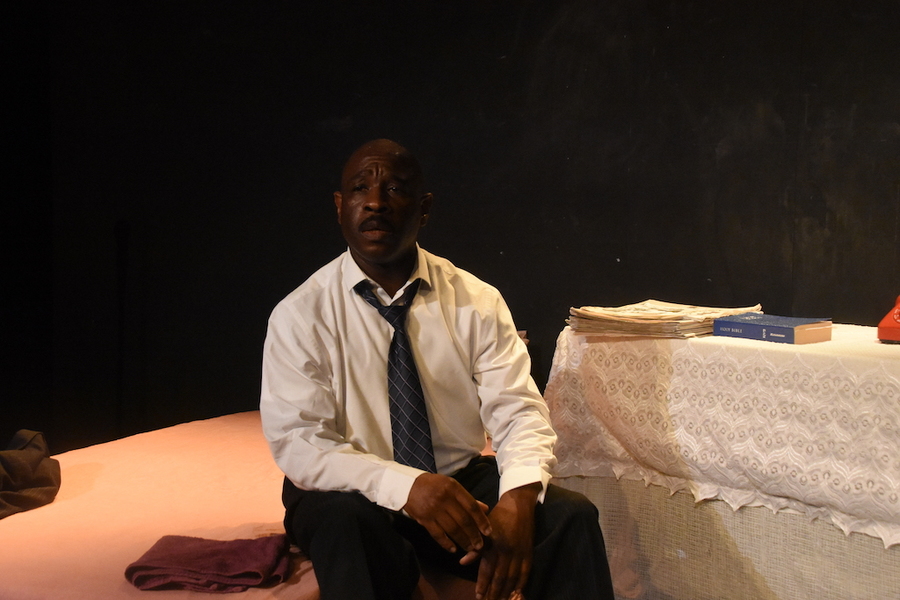 Dream of a King
By Catherine Love
Published 10 Aug 2019

It’s 4 April 1968 and Martin Luther King Jr is in his motel room in Tennessee. As writer and performer Christopher Tajah points out, we all know how this story ends. Any show that’s going to retell it, then, needs to be clear about what it’s adding to the narrative. But Tajah’s play, for all its energy, can’t seem to make up its mind.

Delivering a monologue in his motel room, Tajah’s King veers between speechifying, reminiscing and fretting about the future. It’s not entirely clear who he’s meant to be speaking to; early on, he addresses an invisible biographer, but at other points he seems to talk to the audience as a collective. Is this meant to be an assessment of King’s life, or a look at what he has to say to us today?

Tajah can certainly convey King’s oratorical power, but he struggles to shift out of that gear. He’s as booming and passionate when sharing intimate memories as when delivering lines from his most famous speeches. His powerful rhetoric is juxtaposed with the gentler tones of Paulette Tajah’s voice, performing songs that are beautiful in their own right but a little tacked-on.

As the action creeps closer to King’s assassination, the play’s foreshadowing gets more and more heavy-handed. At a time when racism is again rife in the US, King’s legacy is worth revisiting, but this feels like a missed opportunity.