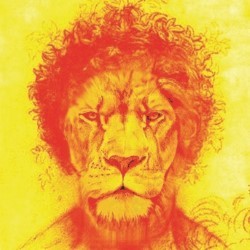 Philadelphia writer-performer Chris Davis’ one-man show—his sixth time at the festival—is a head-spinning, hallucinogenic fable about a meeting with an alcoholic, lovesick lion in a rural Mexican cantina.

Drunk Lion is inspired by Davis’ own experiences in Chiapas, Mexico, where he lived and learned Spanish for a year, rarely leaving the small country town in which his foster family lived. Whether or not he actually met a talking lion during his time there is unclear.

Casually dressed and alone on stage, Davis dives into his story like a backpacker in a bar, swigging beers as he energetically and effervescently recounts how he released said lion from its cage, got drunk with him in a bar, then aided and abetted him as he tried to win back the lost love of his life – the enigmatic Juanita. Every now and again, he pauses, and smiles at the audience, acknowledging the absurdity of his story.

Quite what the story is meant to mean is hard to grasp. It could be a great, meandering metaphor – but for what? It could be a cryptic account of Davis’ own inner demons on his Mexican adventure. It could just be a silly shaggy-dog story, a playful parable about nothing in particular.

Who knows? Davis is a gentle, genial performer, with a knack for a growling Spanish accent and a chameleonic versatility. He makes the elusive story enjoyable, whatever it’s meant to mean.