A vibrant duel with no clear winner 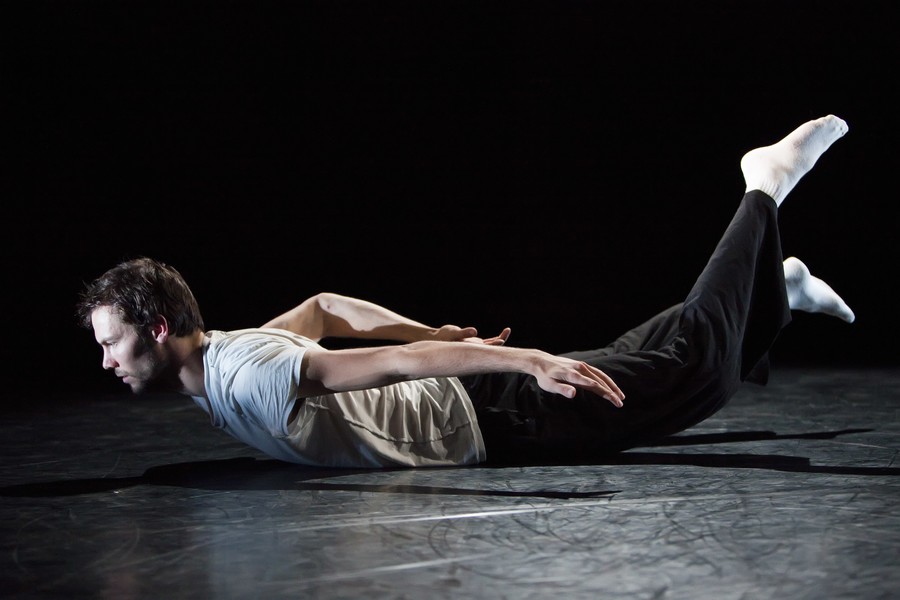 The first show in this double bill, Falling Man, is inspired by Richard Drew's iconic photograph of the same name, which captured an unidentified New Yorker falling to his death from the North Tower of the World Trade Centre during the 9/11 attacks. A single performer dances and describes the man's tragic fate, his words suggesting the perspective of an outsider, his movements implying the presence of the man himself. The performance, set to a stirring soundtrack by Max Richter, is emotive without being hackneyed. Choreographer Thomas Small and performer Tom Pritchard succeed in evoking both the violence and the dislocation of those world-changing events, leaving the audience lost in a whirl of horrified remembrance.

Less affecting than Falling Man, but an impressive piece of work nonetheless, is Decreasing Infinity, a performance by two duelling male dancers featuring live tabla and beatbox. This abstract piece sees traditional Indian kathak and contemporary dance brought together, the dancers and musicians in absolute synchronicity throughout. The performance is at its most compelling when tabla and beat boxer play together, their furious rhythms driving the dancers to ever more energetic bursts of physicality. Motifs from both forms of dance pepper the choreography without ever dominating it, the dancers sometimes mirroring each other's movements, sometimes dancing independently. This duel has no clear winner—it ends in an exhausted, almost amiable stalemate—but the audience are satisfied by what they have seen: the creation of a vibrant hybrid form.