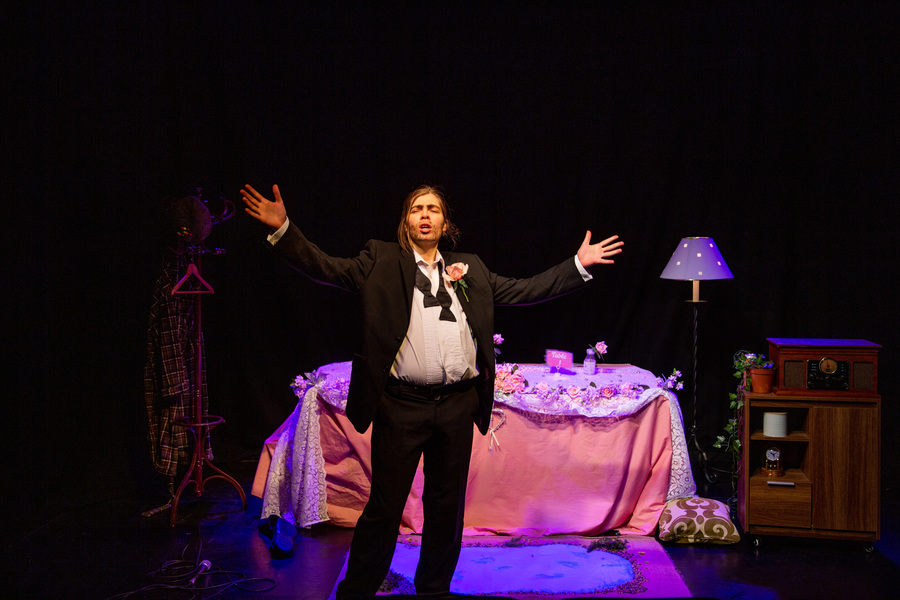 Leyla Josephine is relaxed. Talking over a pot of tea in Glasgow's cafe-bar Mono, she's not yet stressed about the Fringe.

Two years ago she brought her spoken word show Hopeless to Edinburgh. "I just remember sitting in Pizza Hut having a pizza by myself off the Royal Mile thinking 'this is miserable', but it was poetic," she says.

It was a special kind of Fringe moment, leaving her pragmatic about the highs and lows the festival is sure to bring. But Hopeless was far from hopeless and led Josephine to a UK tour.

Now, she's looking forward to bringing theatre piece Daddy Drag to Summerhall with the support of the Autopsy Award, a Summerhall project which helps Scottish artists bring work to the Fringe. "The show is about dads in general, the archetype of the father figure," she says. "I think it's quite an inherently Scottish father as well. As it progresses, information about my own father comes out."

Josephine's mum narrates the show through recorded conversations, although initially these began as research.

"When I went into rehearsal it became apparent that one of the best parts of material was her speaking and her describing him. It was a difficult conversation we had to have about the ethics of using that recording."

Her mum came into rehearsal and gave permission for what she wanted to share, and the process continued from there. The daddy on stage is going on adventures: fishing, barbecuing, attending a wedding. It's classic dad stuff.

Adjusting to more masculine behaviours "made me think about what I rely on as a woman, and how to shatter that. The biggest lesson in dressing in masculine drag was unpicking my femininity."

Josephine found that presenting that masculine side was the first step to unpacking a certain level of shame. "I was really uncomfortable in the drag persona, being this kind of disgusting, crude, misogynistic character, and a lot of shame came out in those moments," she explains.

She worked with Edinburgh based drag king Annabel Cooper to learn how to move: to walk, sit and stand, and even how to speak in a more masculine way. "It's a lot more direct," she says. "You need to learn to finish your sentences."

She adds: "It's a celebration."