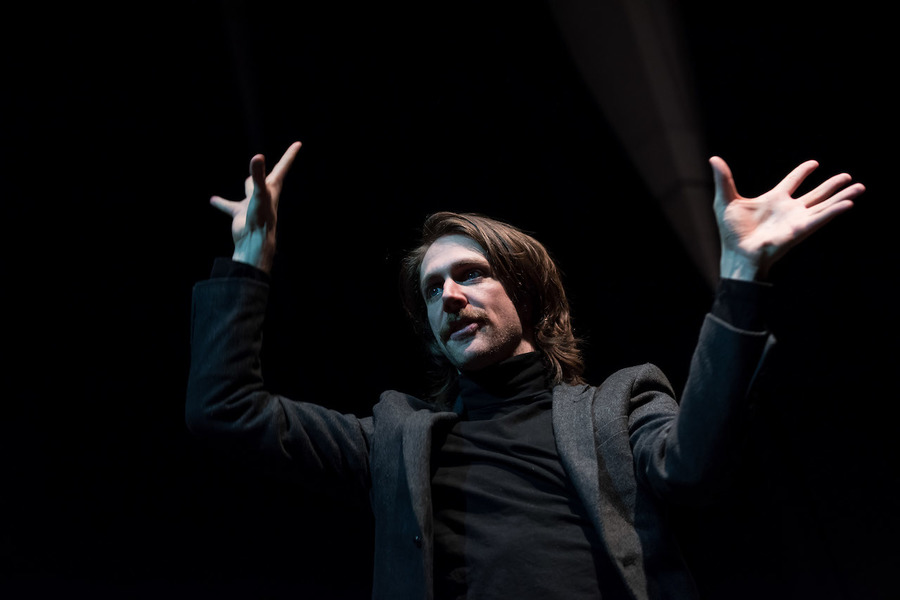 You can have a lot of fun with footnotes, but as with alcohol or fireworks, that relies on them being used in the appropriate context and with the required skill. Writers from Terry Pratchett to David Foster Wallace have employed footnotes to unexpected and comedic effect in their original medium; Lewys Holt should be given some credit for attempting to employ this emphatically literary convention in the arena of live performance. Unfortunately, the show that results from this laudable ambition never fully comes together, despite the talent brought to bear.

What Holt initially proposes is a parody of an academic presentation, which takes full advantage of the scholastic setting of Summerhall’s disused lecture theatre. Footnotes quickly grows beyond its opening premise of surrealist comedy-via-tangent, and dabbles with everything from physical comedy to haunting, quasi-dramatic dialogues.

Holt has a gift for slapstick, and it’s a shame he displays it only sparingly. More disappointing is the fact that, having explicitly challenged himself over whether he really has anything to say, it turns out he doesn’t. The various strands of the performance never come together into a cohesive whole, and while it’s entirely possible to do a good show without a story or central theme, the end-result feels unfinished and half-baked.

A footnote is supposed to provide necessary information that allows understanding of the text in question. But when there is no central meaning to be explained or interpreted, the premise wears thin, and the intermittent laughs it elicits cannot justify the effort it demands.