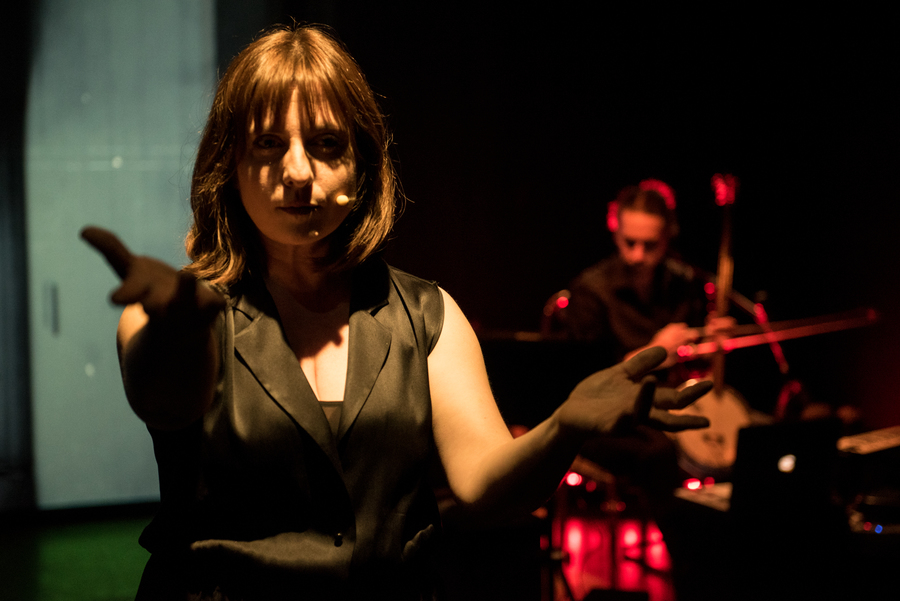 If these walls could talk, the old saying goes, what stories they would tell. We might not hear from the bricks that built the old Ibrahim Ethem Efendi mansion on the edges of Istanbul in House of Hundred, but we do hear from the fittings and furnishings that kitted it out – witnesses to its heyday, its fall into disrepair and, ultimately, its demolition.

Embodying everything from a lethargic Persian rug, to a Chinese porcelain pot with stomach cramps stuffed with onions, Turkish actress Yeşim Özsoy brings her old ancestral home to life. With it, she sweeps through her nation’s history: from the last days of the Ottoman Empire to Turkey’s transition to independence and on, through civil and world wars.

Played in front of artful monochrome films of the site, eerie in their emptiness, to a live local soundtrack by Kıvanç Sarıkuş, House of Hundred builds a polyphonic portrait of the summer palace. Inspired by Turkey’s Meddah storytelling tradition, it splinters narrative. Every object has its own backstory, personality and journey. Duvets are nailed to doors to keep out the cold. Kitchen containers are repurposed as table lamps.

But too often the text seems to talk in riddles—"I can’t be broken and I can’t be burned," purrs a diamond ring like Rumpelstiltskin—and the history never comes into focus. A suicide swims fuzzily throughout. Women walk the halls as the house slides into ruin. Bulldozers move in. House of Hundred suggests something survives. It’s just not always clear what.