How the Dead Live

Is death best expressed through art? 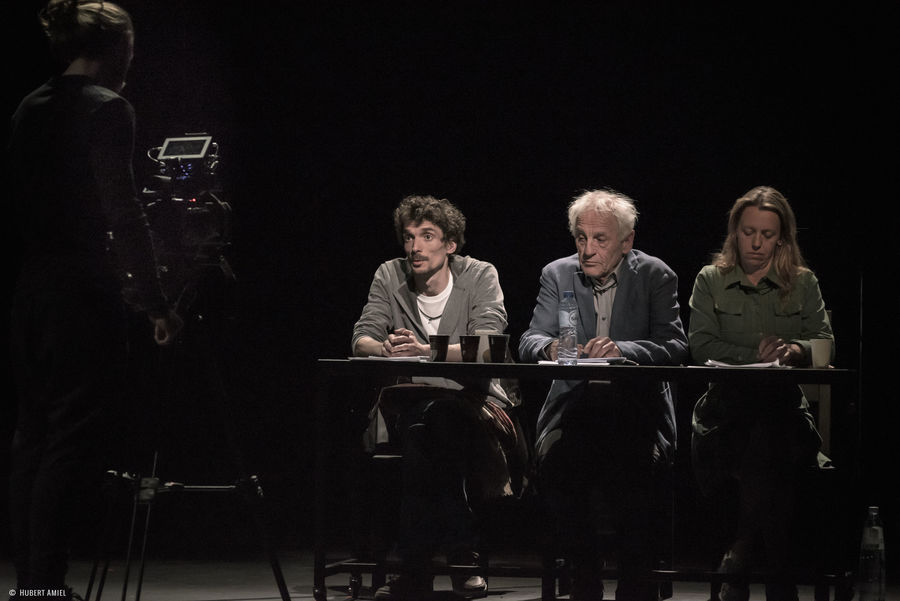 9 July, 2011, Redcar, Yorkshire: Terrance McGlade, 77, a retired joiner, is murdered in his own home by a man he’d been on good terms with.

22 April, 2012, Liège, Belgium: Ihsane Jarfi, 32, is driven away from a gay nightclub by a group of men he’d just met. His body is found abandoned two weeks later, with marks of torture.

At both the International Festival and Fringe, in the theatre and comedy sections, a portrait of these three deaths emerges in the work of three distinctive artists.

As part of the Free Festival, comedian Chris McGlade brings his new standup show Forgiveness, about the murder of his father Terrance. Europe's leading experimental theatremaker Milo Rau makes his EIF debut with La Reprise, a one-of-a-kind re-enactment of Ihsane Jarfi’s murder. And, based on extensive interviews conducted in the Ferguson community in the year after Michael Brown's shooting, Dael Orlandersmith arrives with Until the Flood at Traverse Theatre.

"There was a lot of crime within one year," says Orlandersmith. "You had 80 black men that were pulled over by the cops and attacked by cops in some capacity."

Sitting in a restaurant in Ferguson for three days solid, she spoke to around 60 people. "It was brutal," she says.

Were her motivations as much social science as artistic expression? "No, no, no—dammit—I'm a playwright! I'm not a social scientist at all, no. My job is to write beginning, middle, end: story, conflict, resolution.

"I realise that this is also sociopolitical," she says. "Whether we care to admit it or not there is a bias within us. When we get angry we may go to race and/or gender and/or ethnicity. Why do we do that? I think it's more about [when you point a finger at someone there are] three fingers pointing back at you. Does this invoke and provoke something within yourself that you go, 'Oh my God, what have I done? What have I said? How do I function within the world and how can I connect to another person?' To me, that's the hope. I hope that the work has opened up the possibility of hope and of seeing ourselves."

She found connections between Brown and Wilson that reveal the tragedy of segregated communities more than a report on social factors could: "Darren Wilson was born May 13, 1986; Michael Brown was born May 20, 1996. Michael Brown's mother had him when she was 16; Darren Wilson's mother had him when she was 19. They both were born to teenage mothers; they both were abused as kids."

As a sociologist before becoming a theatremaker, Milo Rau also blurs lines between research and story. "You try to tell a universal story through a very particular case and then, of course, you have to be honest to the family, to the ex-boyfriend, to the perpetrator—we met one of the killers too—you have to be very honest and say to them that you're extremely interested in their point of view, in their feelings...But that this will be a theatre play; it will be a performance."

La Reprise is billed as an exploration of theatrical tragedy, rather than a documentary. Rau sees "the facts of the case" and recognises "social forces" but it's fluidity that engages him. Especially the lack of motivation on the part of the killers, who didn't know Jarfi, or go out that evening in a premeditated sense, yet still ended up, on the night, torturing and murdering a stranger.

But before he goes further into the philosophical underpinnings, Rau brings it back to the human element: "Another quality of tragedy is it's about losing somebody. It's about the quality of grief when you lose somebody who is very close and...you can't...there is no possibility, to make it 'unhappen'."

This is a reality Chris McGlade has faced. He says: "I've lived through the most..." he pauses, "to be told that your dad was strangled to death, and to be told he was then doused in brandy and set on fire, is just the most horrendous fucking thing that you can be told...

"I had a moment at last year's festival, four shows in, the first Saturday, the room was full, it was going well, and then—all of a sudden—I had a panic attack. I didn't walk off stage – I ran off stage. I ran off stage and ran out the building...I got home and I realised there were things that I had to confront. I wrote this poem about dad's murder. That was the thing that started it all off. I thought to myself that perhaps the fall out from dad's murder is something to express through my comedy."

Though McGlade has been performing standup for 30 years, that last sentence isn’t meant to sound funny. Comedy is his means of artistic expression; a natural way for him to explore any topic. As with Orlandersmith and Rau, he has a vocational approach: “I’ve got up every day to come to the library and the library has become my office and I've sat and I've written and I'll go home and I'll rehearse and that's how I've approached it. Every single day with hardly a day off because it's so personal to me.”

And though it is not recognised in such highfalutin terms as in theatre, standup shares elements that blend the ideas of reality and performance. Comedians tend to face the audience, addressing them directly, often with a confessional quality; a shared experience and understanding where we look back at ourselves.

For McGlade, Forgiveness has resonated with audiences he's previewed to so far because they've connected with his dad: "Dad laughed at everybody, but most of all he laughed at himself... This country is so uptight and if through this act I can just bring that tension down a little bit, well then that's my dad's legacy fulfilled."