An overwhelming show from the Fringe diva 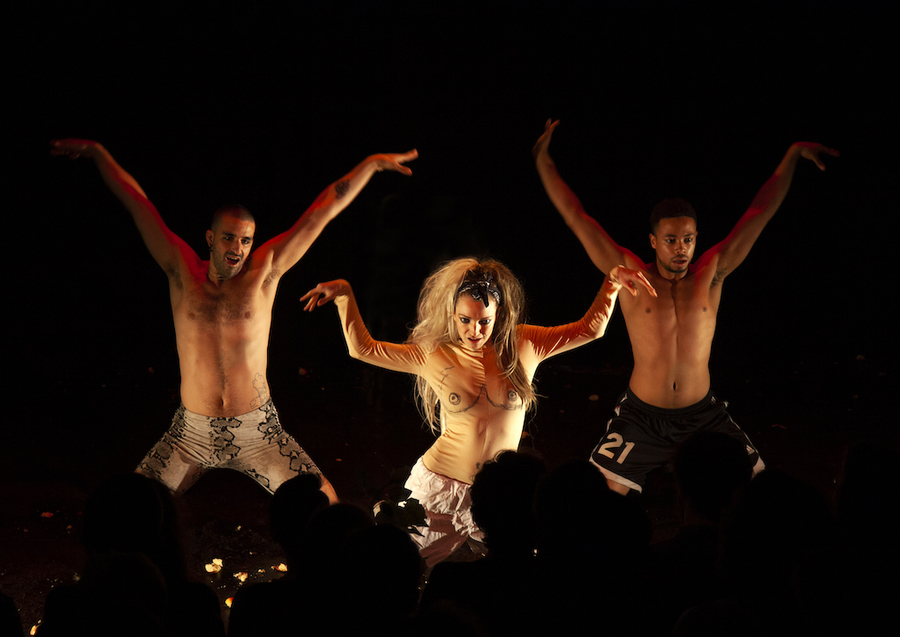 How’s this for a horrible history or two? Having given the New Testament a kick up the backside three years ago in Triple Threat, exposing every corner and crevice of the body of Christ, Lucy McCormick has turned her trashy aesthetic on the world’s greatest women. Herself very much included.

Within minutes, her lips are locked around a backing dancer’s forbidden fruit – long before she’s stripped off to play Eve. Queen Boudicca comes daubed in blueberry war paint, clambering into a chariot, arse in half her audiences’ face. Anne Boleyn near drowns as ketchup pours out of her axe-wound. Each gets their own dance break and appropriate pop anthem combo.

This time, however, there’s nothing too much at stake: no blasphemy in the clash of subject and style; no rebellion in reclaiming this material for modern tastes. In fact, her outré approach only overwhelms her subject – something McCormick’s all too aware of. Her egotistical diva comes to the fore at the expense of her feminism and the show slowly breaks down.

McCormick remains a killer performer with real ramshackle, unpredictable charisma, but she’s caught between shock and a hard place here. Having made her name pushing the envelope, she’s no longer sure what message she wants to send. Post-Popular unravels into a show about creative paralysis, an artist wrestling with her own legend. Still too slack to get away with such self-indulgence, it’s a structural twist short of any kind of solution. Without that, Post-Popular looks a little past caring.