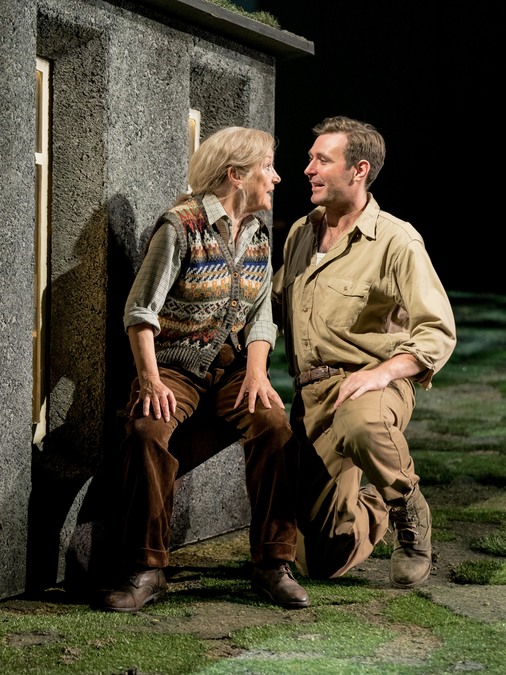 With his five-act epic Peer Gynt, Henrik Ibsen took Shakespeare's quaint shibboleth "to thine own self be true" and updated it for the modern world of 19th Century Norway: "Be true to yourself and to hell with the world". This is the motto of the Troll King, and it's quickly adopted as the mantra of Peter Gynt in this riotous adaptation by David Hare. Hare clearly recognises that if Ibsen was around today, he'd have had the measure of men like Donald Trump and Boris Johnson long before they were printing empty slogans on hats and buses.

The eponymous fantasist is now a Scotsman, played by James McArdle, but otherwise, Hare is faithful to Ibsen's mad, globetrotting structure. His journey inside a mountain to the world of the trolls is implied to be a delusion, but it's no less wild than Gynt's reality. Richard Hudson's set, with its moving video canvas and door that seemingly floats mid-air, is appropriately dream-like for a story involving talking hyenas, an asylum of Gynt doppelgängers and a conversation with the devil on a sinking boat in the Bay of Biscay. The play is at its most nightmarish, however, when finding parallels between the egotism Ibsen observed in his time and those of the ruling classes today.

Hare's adaptation is far from perfect, but then a few bumps in a three-and-a-half-hour play are to be expected. The less polished lines don't detract from the sweep of the production, which remains potent thanks to McArdle's roguish charm and more outrageous one-liners than you'll find in any Fringe standup show.