Review: A Womb of Ones Own

Theatre with clear purpose and drive 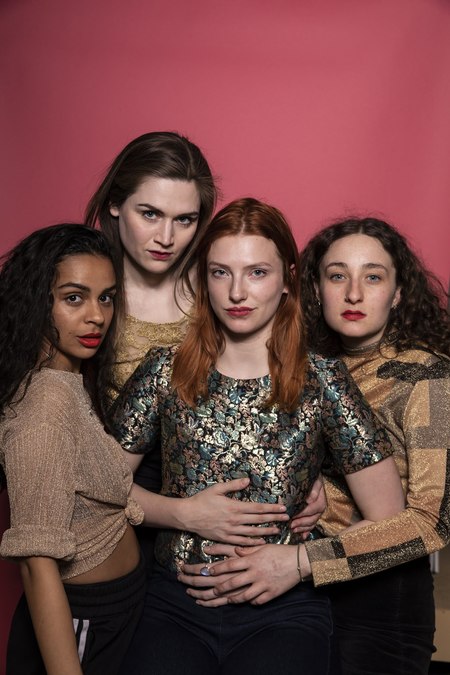 A Womb of Ones Own

If the titular reference to Virginia Woolf's long essay makes this sound at all academic, then back up. This play from the four-strong female case at Wonderbox wears an important message—about abortion—with fun, wit and lightness, but is no-less hard hitting for that.

One in three women in the UK will have an abortion by the time they are 45 – add the impact on friends and partners and it's not far off a universal issue. Claire Rammelkamp's script introduces us to "Babygirl" – an orphan looked after by two elderly Catholic aunts, desparate to have sex, and dying to get to university as the most likely means of achieving mission complete. We're taken through fumbling sexual experiences, her awakening (same) sexual desires, and an accidental pregnancy and subsequent abortion. Most strikingly, Rammelkamp never frames her protagonist's choice as a moral issue: it's much more memorably told as a practical and emotional challenge. The interminable waits for appointments; travel to far-away clinics; too much time to Google.

At times it's a little too comfortable in its university-based setting and references and, sure, the message is spelled out in capital letters without much scope for ambiguity. But this is theatre with clear purpose and drive, as well as being extremely entertaining. What sells the message is four slick turns from four very different actors simultaneously playing Babygirl – each with a carefully crafted stage personality jointy representing one everywoman. The piece has been a couple of years in development, and it shows in the slickness, the tight musical and visual gags, and the on-the-money timing to the jokes.