A ruthlessly funny, deeply depressing take down of the Men's Rights Movement in the #MeToo era. 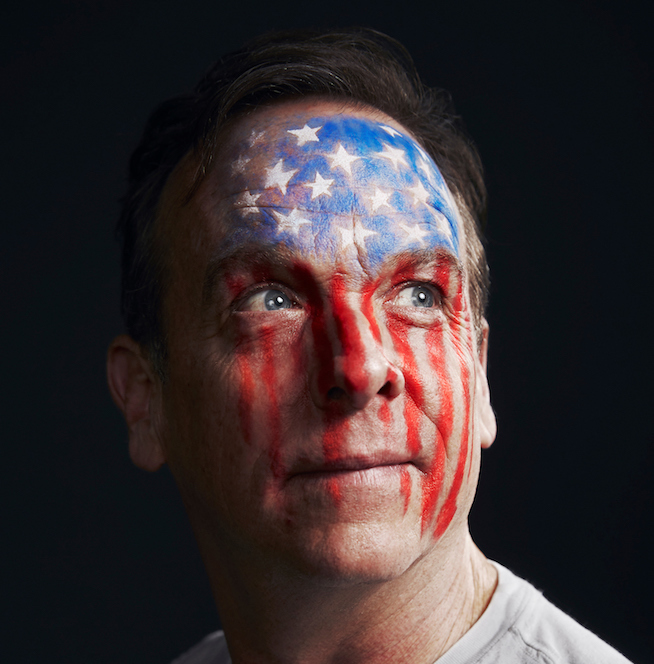 Finally, Roger has found direction. Thanks to his new online guru, Angry Alan, he’s found a name for his oppressor, someone to blame for the loss of his job, his divorce and generally for feeling bad about himself – "gynocentric feminism". He’s ready to throw off the shackles of discrimination.

If you give a man enough rope, he’ll hang himself, which is exactly what this play, written and directed by Penelope Skinner, does. Several months after the start of #MeToo and #TimesUp, she distils every argument of the Men’s Rights Movement into a monologue that succeeds at being as depressing as it is lethally funny.

Every so often, a female voice breaks in—Roger’s girlfriend, for example, or a journalist he encounters at a conference organised by Angry Alan—but it’s the ruthlessly efficient layering of one false equivalency on top of another that fires this play. Complex grievances are blamed on feminism, because it’s easier.

As played by Donald Sage Mackay, Roger is the bewildered buyer of the angry, male American Dream. As his own life slides, the wilderness of the internet acts as a Rorschach test of distorted facts and paranoia in which he can bury himself. The real-life YouTube clips incorporated into the show are farcically tragic.

A gut-punch ending casts gloom over the possibility of an optimistic outcome for society’s current struggles. The fragility of the male ego is at work here. If, after watching this, you find yourself asking: "But what about…" look carefully at why.