When your boss gives you a week to land on the moon, there's only one thing to do: fake it. Unfortunately, this shambolic play doesn't stick the landing (or the takeoff) 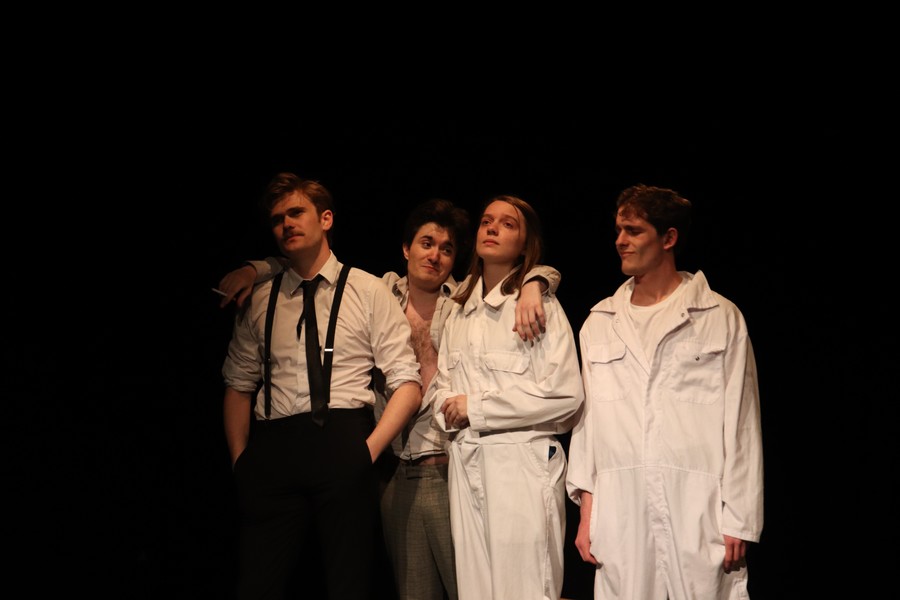 Apollo: Take 111 has a nifty premise. An administration error sees Stuart, an office drone in a Kafka-esque government department, selected to spearhead the USA's first expedition to the moon. Our hero, who has no aeronautical know-how of any kind, does what any true patriot would: he fakes it.

Stuart's harebrained scheme involves inviting the world's finest auteur, the great Stephen Kosminski, director of sci-fi masterpiece 2011: A Space Iliad, to film the ruse in his basement. A trio of actors—a British stage luvvie, a Hollywood starlet and a low-wattage method actor named Brick—are assembled and chaos ensues, and not just on Kosminski's set.

None of Apollo: Take 111's cast is on the same page. Some appear to think they're in a deadpan comedy while others seem to be channelling the rocket-fuelled intensity of John Belushi or Rik Mayall. The production has one decent, if laboured, pun, which involves method man Brick being given his "cue". But unfortunately, it's repeated a second later in case we didn't get the gag, killing it dead.

The play is full of intentionally fluffed lines, with actors sometimes jumping off stage to try again, which might have raised a smile if there weren't so many unintentional cockups peppered throughout. If you were being generous, there's a meta appeal to a play about a farcical film production being a shambles itself. The chaotic energy, haphazard blocking and dream logic plot suggest Apollo: Take 111 is being improvised on the spot, perhaps with the actors' loved ones held hostage backstage.