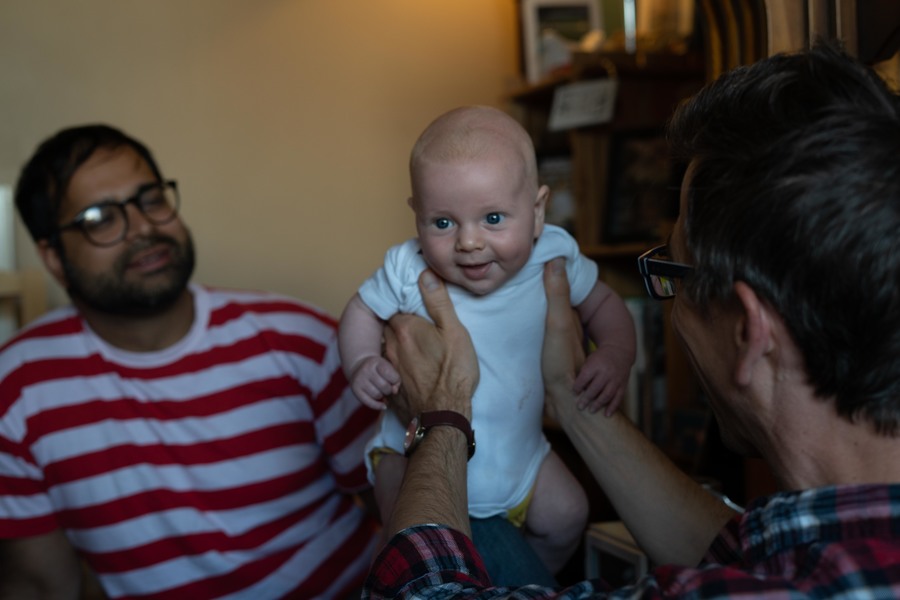 It’s every actor’s nightmare. You’re naked onstage, unable to speak. Spare a thought, then, for Arthur Bye who’s been stripped off after shitting himself mid-show. Arthur’s only five months old, mind. He’ll be fine.

Or will he? Daniel Bye’s living room performance lecture wonders—or rather worries—about the impact we all have on our kids. How do we shape them into upstanding adults? Turning up at your flat, babe-in-arms, daycare bag on his back, Bye delivers a delicate meditation on the nature versus nurture debate and the contingencies of character. He wants his son to inherit the traits his great-grandfather showed saving his comrades' lives at the Somme, but lineage isn’t as straightforward as that.

It’s all Quite Interesting – like Professor Brian Cox popping round for tea. Armed with examples of genetically identical beings that nonetheless turn out different—cloned puppies and flowers that change colour with the soil—Bye argues that we are, each of us, products of our environment. That puts parenting both in and out of one’s control: a single slip and you risk wracking your kid with anxiety.

Bye’s case never reaches its fullest height, but the form fits neatly enough. Arthur’s unpredictable presence adds an element of chance, risking a refund if he plays up, and watching Bye balance performing and parenting proves the impossibility of precision engineering a child. We’re all complicit too, equally responsible for Arthur’s well-being. It takes a village to raise a child – though a month’s worth of applause will surely turn Arthur into an actor.