Love, loss and the circle of life are put under the microscope in this spellbinding piece of physical theatre 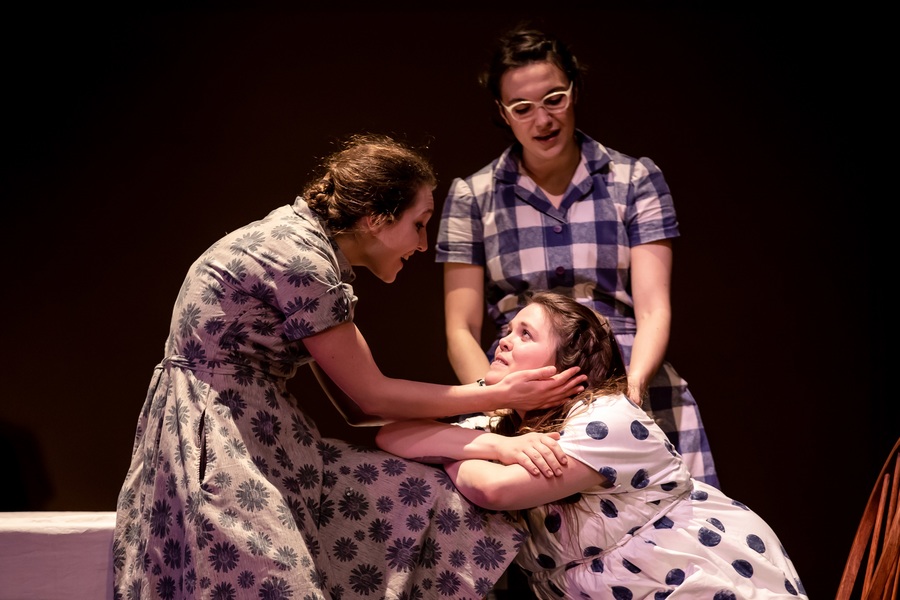 The most intimate and personal of human experiences are made grand and expansive in this captivating performance from company Theatre Re. Developed in partnership with academics and following research with those affected by its themes, Birth tells the story of three generations of women dealing with the evolution of family and life, and all the love and loss that it brings.

The story here is told physically, with small snatches of dialogue spoken without amplification. Its five performers move beautifully and fluidly around a bare but effective set: a simple wooden table becomes a bed; plates and glasses are set and tidied away; chairs are sat on and tucked back in. Most originally of all, a large white sheet billows across the stage to represent the passing of time, captivating in its own right thanks to skilful lighting and directing, but also creating the illusion of characters disappearing and reappearing in tableau as the sheet washes over them.

Birth uses physical repetition and the device of a journal, written by grandmother and read by granddaughter, to pull together the most mundane of everyday domesticity with the biggest of life moments—births, engagements, deaths—creating full and sympathetic characters through movement and direction alone. Its musical accompaniment is also key: an evocative and delicate soundtrack performed live within the venue.

Moving, painful and uplifting in equal parts, Birth is a sensitive and beautiful exploration of humanity’s most universal experiences.