A tense and atmospheric Korean allegory is undermined by jarring dialogue 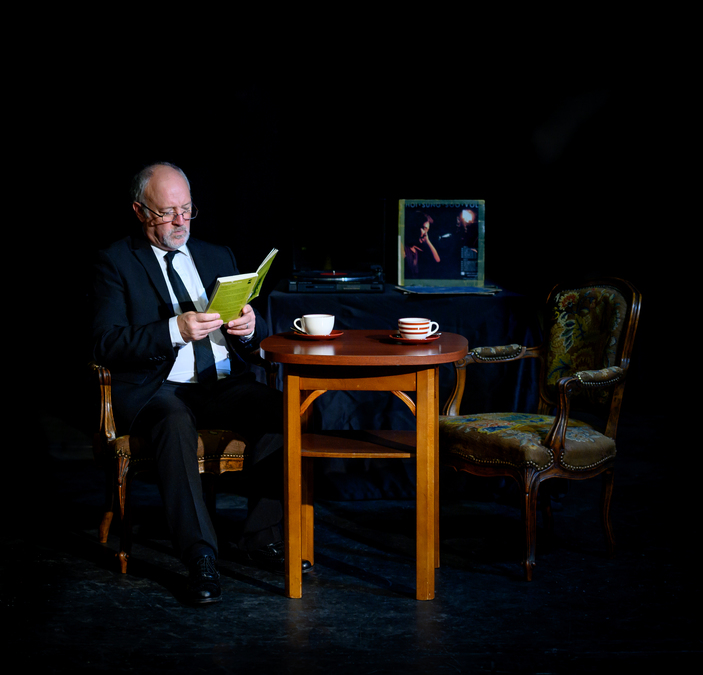 The doctor works in a former tearoom, a place of quiet contemplation and relaxation, where broken hearts come to be healed. Into this world, a man arrives seeking help from this kindly, distinguished old man. The patient’s hearing is failing him, and he can no longer make out the sound of music – his heart is breaking because of it. Yet the endarkened, police state history of this unnamed country we are in lingers ever-larger in their conversation, until the roles are not reversed but somehow balanced out.

The kindly counsellor (Nicholas Collett) has previous experience as a police operative, and the man who has come to him (Patrick Miller) is unsure whether he seeks closure for the former’s actions through reconciliation or revenge. He does, however, wield an urn filled with the older man's wife's ashes threateningly. At this, the kindly counsellor lets us see some of the rage which bubbles away beneath his own surface.

Presented by Theatre Hooam as part of this year’s Korean Season at the Fringe, writer and director Cha Hyun Suk’s Black and White Tea Room: Counsellor has been well-garlanded in its home nation, where its subtext as an allegory of the conflict between both Koreas is apparent.

While it’s possible to discern the incense-washed tension which must have inhabited the original, as conveyed by two good performances here, the inadequacy of the translated dialogue trips the piece up. Overly verbose, with lines which read more like written—possibly Google-translated—English (a mention of Bob Dylan followed by explanation of who he is clunks like a pallet of bricks falling down a lift shaft), the text saps the power from all the good work around it.