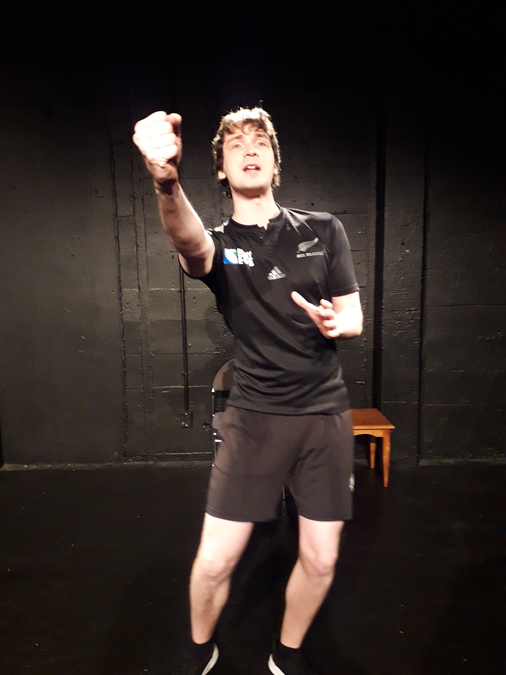 "Harden up or quit playing," is the advice-as-command young Sam is given from an early age by his father, who also doubles as the hyper-aggressive rugby coach of the team he plays for. It's advice which the young Kiwi man stubbornly refuses to accept as any sort of choice at all, pressing on with his obsession with rugby throughout his suburban childhood in the town of Palmerston North, and on to some supposed semblance of greater maturity at university in Wellington.

Yet Sam’s sporting compulsion is towering, and consuming rugby in all-day YouTube sittings saps his will to do well at his studies, his enthusiasm at work, and finally—in a burst of fury which his hyper-masculine self-indulgence has been leading to all his life—his relationship.

While the male obsession with sport and competition is surely a universally recognised situation, the monumental levels to which rugby can consume a life might be particularly identifiable to anyone who's antipodean. More universally, solo actor Christopher Watts invests Sam with the hyperactive, doofus-like charm of many sport-obsessed males. With brisk, athletic moves around the stage, he bursts into training circuit reps and addresses the audience like they're old bar buddies.

His performance is a joy to watch as he sheds three layers of team shirts as though they were his skin – or his armour. It does, however, distract from the slight tonal unevenness of the piece, as a light monologue about one pretty likeable bloke's not-so-magnificent obsession takes a sharp final turn into the dark waters of toxic masculinity.