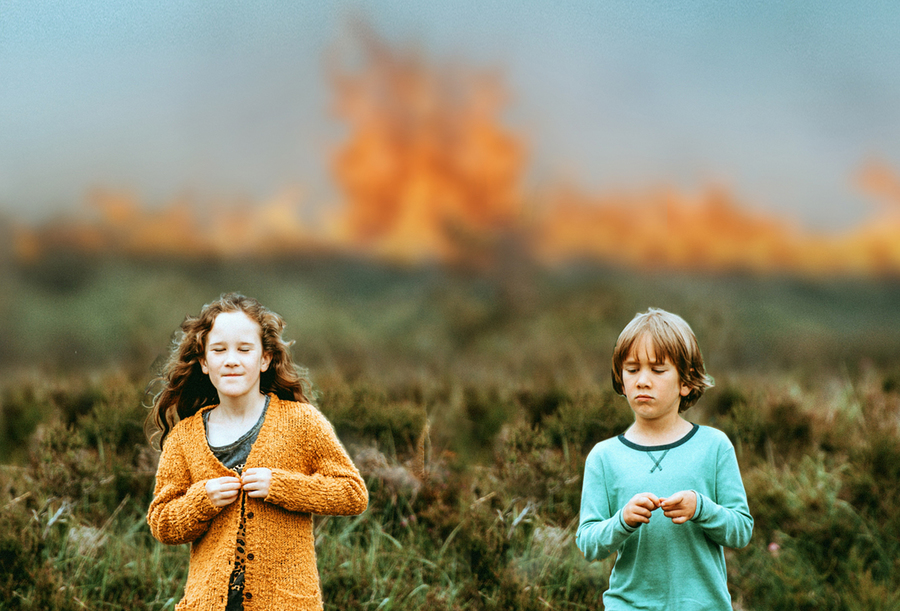 The raw simplicity of the staging of writer and director Emily Jenkins' play allows the breadth of feeling and imagery to breathe and come to life. There is no set, only two performers: Will Howard as Bobby and Kimberly Jarvis as Amy, both Cotswold pre-teens with troubled family lives, personalities which see them cast as bullied social outcasts, and a sense of youthful inquisition which is charming and relatable.

The pair, despite initial reservations, become firm friends, and make each other stronger against the tide of abuse which assails them. Their best friend in all of this, oddly, is the kindly old farmer whose fields have been in his family for generations, despite his son being the worst bully of all. On his farm they’re introduced to the facts of life as they watch a calf being born, and they name her Abigail. Amid the occasionally unpleasant mundanity of rural life, something like an idyll develops, until the foot and couth crisis of 2001 cuts an apocalyptic swathe through the countryside.

Pitch-perfect writing and solid, complementary performances from Howard and Jarvis—who are also the supporting cast—create a beautiful work which rings with childhood nostalgia, occasional horror, and an ultimate sense that people power, if not quite overcoming all, at least builds a sense of community in which even the lowliest outcast might feel like a part of something. It’s a work which is strong and heartfelt, and it lingers long in the senses for any number of reasons after it has ended.