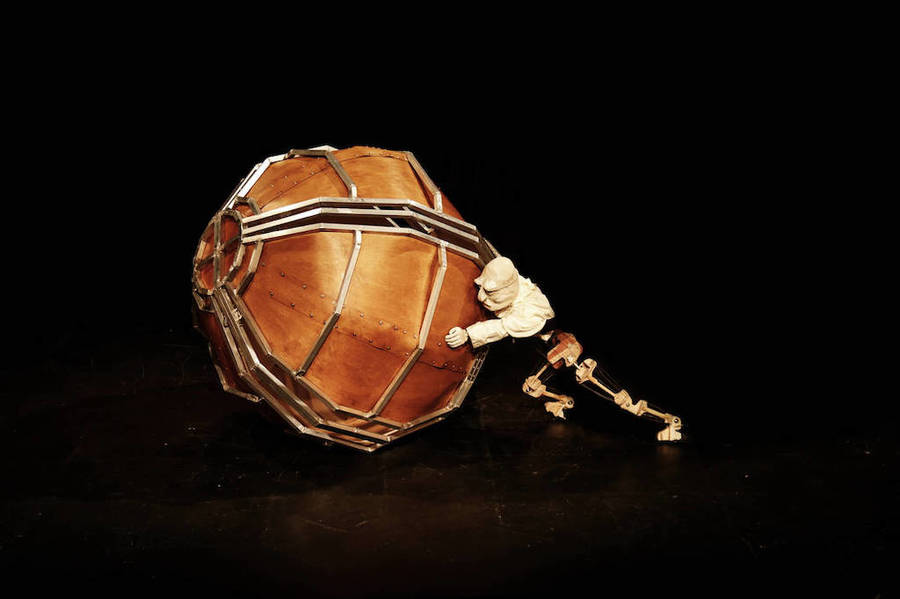 The stage is amply set for a diverting hand-crafted fable – with sculptural wooden orbs, twisting steel trees and stretched linen screens for animated projections. Quite an impressive array of props – plus a guitarist and cellist getting ready to score the story. But then a skeletal puppet of an old man appears and, very much like the boulder of the title, it all goes swiftly downhill.

Stripped of any wider context (apart from the oblique lyrics of Avi Simmons’ accompanying folk music) it feels more like a bad Wile E Coyote cartoon than an echo of ancient wisdom. Much as Albert Camus concluded, the critical though uncomfortable message to be teased out from the story may just be to end it all. If that seems extreme, let’s just say that for all involved, from the welders to the puppeteers to the put-upon hero of the piece, this is a way too literal waste of time.