With the help of a cis white man, Travis Alabanza makes a burger and shows us that we have the power to fight transphobia 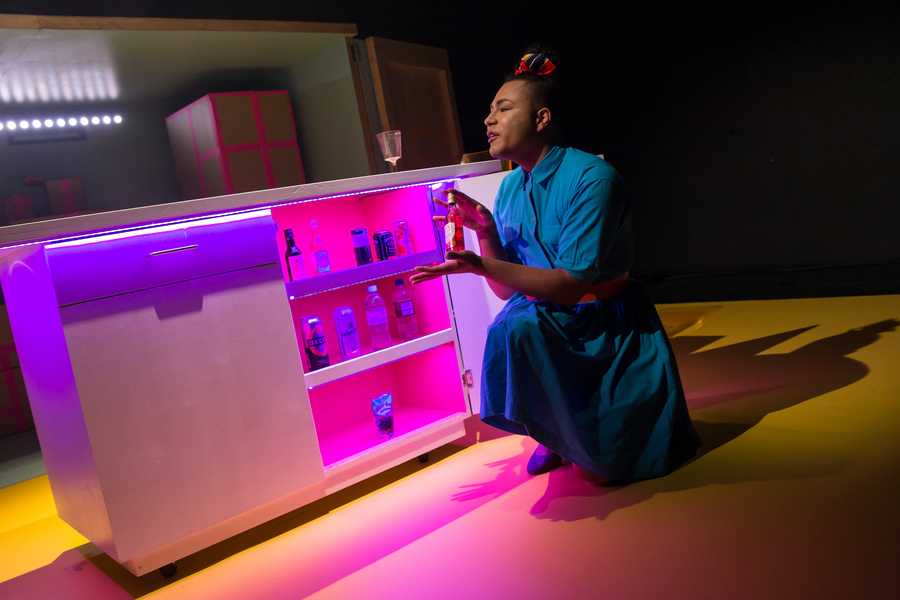 In 2016, someone threw a burger at Travis Alabanza on Waterloo Bridge and called them a tranny. They’re now trying to come to terms with this incident by analysing and making a burger over the course of the show, but Alabanza doesn’t cook. So they enlist the help of a white, cis male, audience member, effectively drawing on his privilege to highlight the vulnerability of trans and gender non-conforming people.

At the core of the piece, they confront the white colonialism that perpetuates violence against trans people in this emotionally revealing and moving show. Alabanza uses a range of performance and writing styles to achieve this, including comedy, storytelling, and frank accounts of the abuse and assaults they’ve experienced. Alabanza is a charismatic and witty performer, with a strong sense for what makes a dynamic and engaging piece of theatre. They are an excellent improviser able to react to anything that the audience member on stage comes out with. They also banter with the audience, but confidently steer the material from jokes to to vulnerable monologues and back again.

The ending in particular holds cis people accountable for attacks on trans people. There’s a huge amount of power and talent in this show. The writing is raw and exposing, but often funny. Alabanza boldly draws the audience into their story and keeps them there with a firm grip. While it’s potentially uncomfortable, it reminds us that we have the power to combat hate crime and make meaningful change.