Parent-teacher meetings are rarely as stressful as this 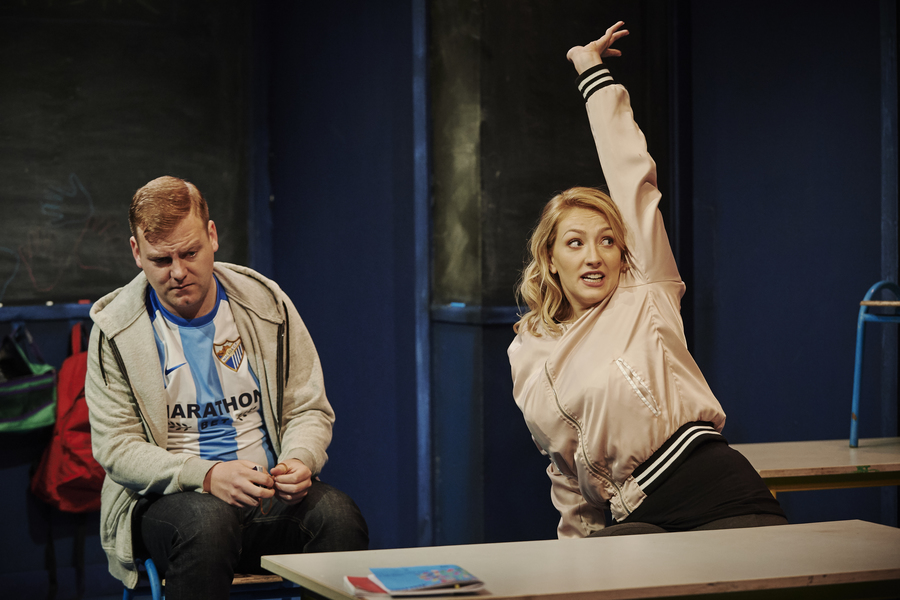 The fear of the classroom never really fades. Iseult Golden and David Horan’s Irish drama explores how home circumstance affects a child’s education, as a parent-teacher meeting is saddled with more than just a troublesome child.

For both skittish Brian (Stephen Jones) and Donna (Sarah Morris), school is seen as something to escape. Squashed into too-small chairs, the recently separated couple try to pretend everything’s okay as eager Mr McCafferty (Will O’Connell), concerned to the point of exhaustion, tells them their nine-year-old son Jayden is struggling. Stumbling over the ideas of learning “difficulty” and “difference”, accusations scatter across the classroom.

Trying to find the right words to bridge the gaps between them, McClafferty’s professional jargon only pushes Donna and Brian further away. Anger and opportunity become cyclical as the script leapfrogs timelines and characters, and we see their son Jayden (Jones), in his bright, confused, troubled state. As Jayden and his friend Kaylie, and later as their younger selves, Jones and Morris deftly demonstrate the complex emotions of children, all perceptive and terrified.

Jones is enchanting as Brian. Between bullish outbursts—he insists he’s a changed man, alright, changing then—he tries to win Donna back. Morris’s character is given less but she fiercely protects what she has. She wavers between the two men, defending each in turn as they push at each other’s inferiorities, and neither comes out of the fight well.

Class makes its point about privilege and entitlement—both in terms of class and gender—strongly and clearly, but leaves little space to read between the lines.