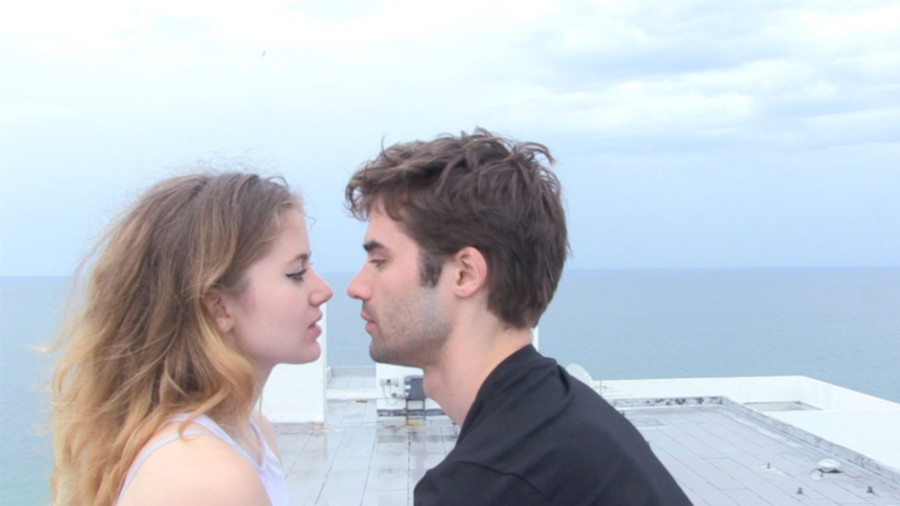 Five years ago, Samira Elagoz was raped by her then-boyfriend. As a response, the choreographer, film maker and digital artist embarked on a project to examine the male gaze and help her understand men's reactions to her. Primarily using screen grabs and video, Elagoz walks the audience through an anthropological study of online and real-life encounters.

This is more of a presentation than a performance. Elagoz uses her looks as currency that stimulate men's reactions that are then documented. The work is empowering, thoughtful and bold though lacking in performance.

Her project intends to take a platonic look at the male gaze, but it doesn't always achieve this. One of her research stages begins with a Craigslist advert asking male strangers to volunteer to be filmed meeting her for the first time in their own homes. She wants to see if the presence of a camera causes the men to be on their best behaviour, but many of them sexualise the encounter despite being filmed.

The rest of the show consists of extended video sequences, mostly of Elagoz with men in encounters generated from online advertisements. Interviews with her family regularly interject, and are a wholesome rest from the unrelenting objectification she encounters. A couple of her male friends darken the mood with reflections on their reactions to hearing of her rape, indicating how harmful the patriarchy is to our expectations of female behaviour.