Laura Murphy uses her naked body and acrobatic skils to explore the history of female oppression in a blistering show blending standup, confessional and circus performance 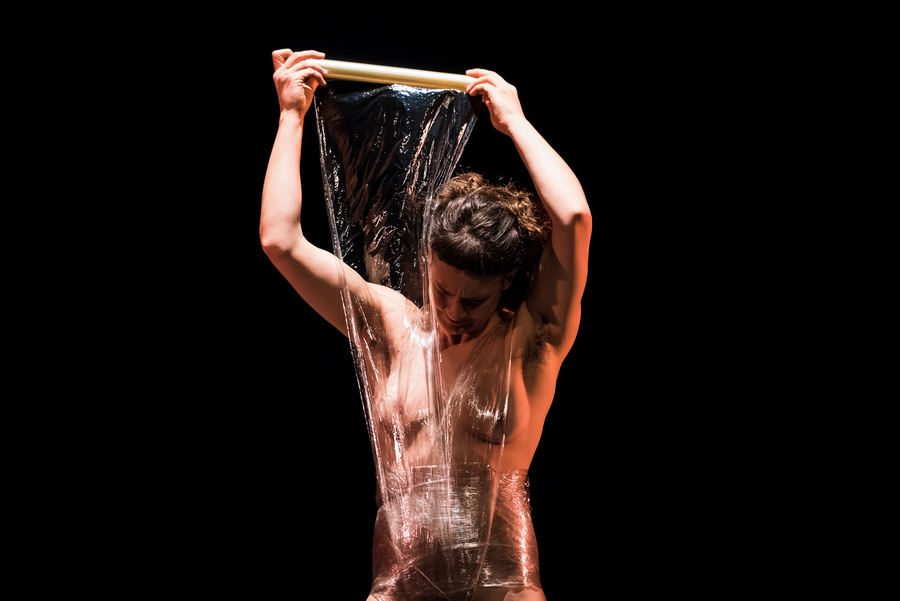 Laura Murphy walks out on to the floor of Summerhall's Demonstration Room naked as the day she was born. An apple is in hand and a corde lisse dangles from the ceiling. This apparatus will be dominated throughout by Murphy's powerful acrobatics, but its first role in Contra is to play the purported source of all womenkind's woes: the serpent in the Garden of Eden. Its end, puppeted by Murphy, eggs her on to taste the forbidden fruit. Murphy takes a bite alright, but the knowledge it provides only makes her more fierce.

Blending standup, confessional and circus performance, Murphy takes us on a tour of her own body and the misogyny it engenders. From the man who comments on her armpit hair during a train journey to the lame standup routine by some American douche that Murphy lip-synchs to, this is a show kicking against the culture of female oppression. As if to demonstrate her clear indefectibility, Murphy will masterfully scale her rope after each tale of personal abuse at the hands of a man, ending each anecdote and climb with a defiant "what a cunt!"

Contra's dark showstopper involves Murphy wrapping herself in rolls of cling film to the sexist jazz warblings of Joe Jackson's 'You're My Meat' before a melancholic rope display to The Internet's 'Girl' and a blistering performance of Florence + The Machine's 'Big God'. On-stage nudity tends to evoke vulnerability. In the ferocious and funny Contra, it couldn't be mistaken for anything other than strength, both physical and emotional.