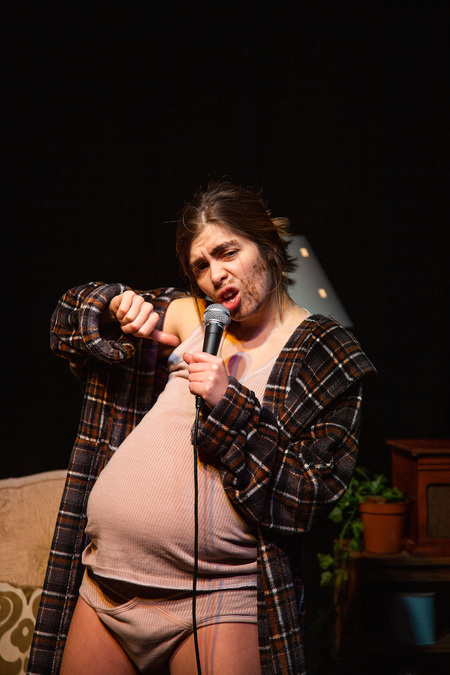 For Leyla Josephine’s Daddy Drag character, the controversial “Who’s your Daddy?” is a term of endearment. Drag king Josephine expertly plays a stereotypical version of her father with searing honesty.

In his dirty vest and Y-fronts, the manspreading Daddy Drag cuts a creepy yet affable figure. He repeats the same misogynistic jokes again and again, talks about fishing or “a wee BBQ” and revels in telling aimless stories that go nowhere.

There's embarrassing dancing and music: Bon Jovi and Bryan Adams and Boston. And Josephine expertly turns an observational eye both inward to memories of her own dad and outward to a representation of the father figure whom the audience can relate to.

She focuses on the quality of the character rather than the quantity of material. And every so often a voiceover cuts through the comedy – Josephine and her mum talking about the man in their life. With initially reverent tones, these interviews unmask the caricature gurning and prancing about on stage.

But Daddy Drag takes a sinister turn, one that showcases the real man behind platitudes and smokescreens. And as the drag king, Josephine adeptly masks the signs of a darker side for maximum effect.

Much of Daddy Drag is seen through the eyes of an innocent child. As a searing conclusion strips away the beard, clothes and the life to unveil an uncomfortable truth, it becomes apparent that “you can’t fit a person in a show. You can’t even scratch the surface.”