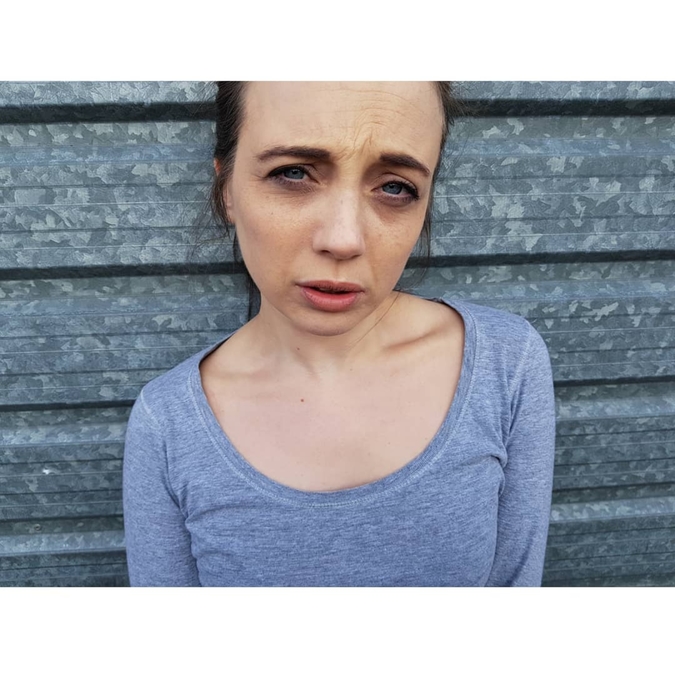 “Wouldn't you rather someone hated you than was indifferent?” asks the young woman standing before us, pensively. “At least you've made an impression.” In what appears to be the cluttered front room of her flat, she relates to us the story of her life and career, such as it is, with a blend of boundless enthusiasm and bitter frustration at what hasn’t gone right. Amid it all, she flits in and out of characters she’s played and auditioned for, creating an oddly disjointed feel to proceedings.

Among these, there’s a weird, Irish-accented monologue from Trainspotting (she can’t do Scottish, apparently), and a teary, emotional monologue which she pulls out of with a mocking laugh. Throughout it all, she tuts and scowls at her (we suspect) neighbour, who she gives us the impression is always fussing and bossing her around. In a slightly disjointing change of tone away from monologue, a young man enters the stage to pay her a visit, his face a picture of sympathy.

The piece ends powerfully, as the line between fantasy and reality adjusts before us, and we realise how much the mental health of this not-always-likeable young woman has a bearing upon her unreliable narrative and the true roles of the characters around her. Actor Bethany Heath is capable and confident, and engagingly draws the audience with her throughout the show, yet the genre of plays which essentially create a narrative around the real-life performer’s audition portfolio is overwhelmingly represented at the Fringe, and this intriguing example doesn’t force itself ahead of the pack.