Surprisingly little at stake in Drowning, a glossy, hypothetical retelling of a terrible true crime 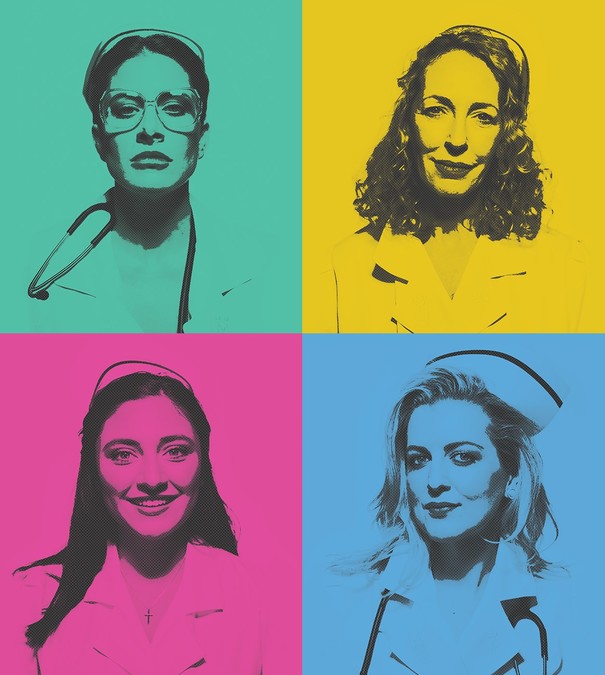 Vienna, 1991 – four nurses are convicted of killing 49 patients, with the suspected victim count rising into the hundreds. A manipulation of a true story, Drowning stages Austria’s most infamous mass murderers since WW2. This new play, written by Jessica Ross for Dark Lady Co. asks: can mercy be confused with murder?

There is surprisingly little at stake in a play with such devastating source material. The killings are dressed up in clichéd gallows humour, laced with slapstick—this one’s a tough one, why won’t he die!—and threaded together with an oppressive playlist of ‘80s bangers. Snapshot scenes offer armchair psychology explanations for the women’s crimes, racking up a lengthy list of serious traumas, including domestic abuse, sexual assault and addiction, that are only vaguely explored.

More developed are the power imbalances within the group. There is some tension in if, and how, and when they might be discovered – as well as in finding where each of the women draws a moral line. Waldtraud Wagner is depicted as the manipulative (and possibly sexy?) magnet that pulls together these vulnerable women. Is she traumatised and well-intentioned, or a cold-hearted monster? Neither explanation is particularly nuanced.

Monologues are delivered like talking heads on a true crime documentary, but this exposes the strange framing of the play more generally: from what perspective is this story being told, and to whom? Each of the nurses has since completed her prison sentence. This is recent, real history given unnecessarily distracting gloss.