Strong staging and a mesmerising star keep this play on track 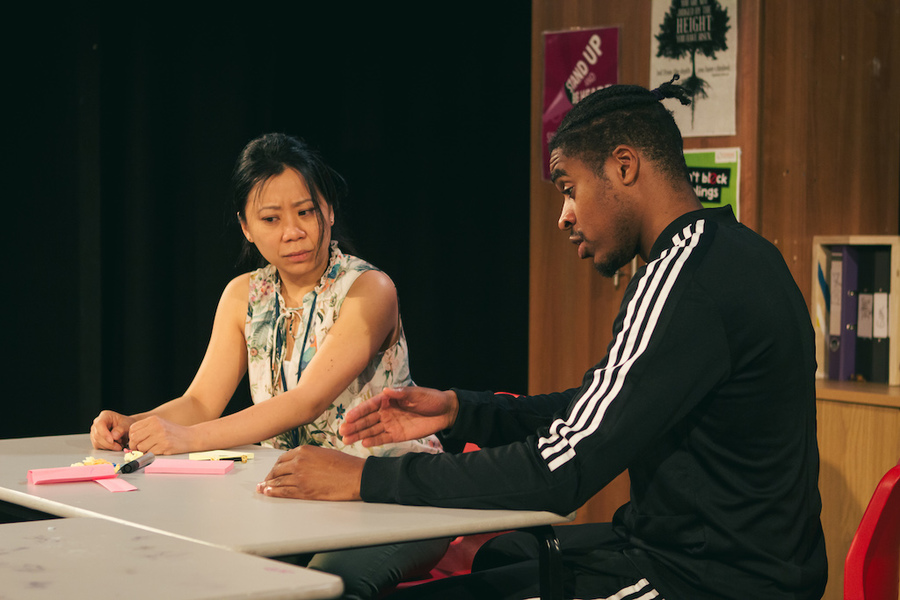 After the end of lessons at a school for kids who’ve been excluded from mainstream education, two teachers and two pupils hash out personal and political problems with a system stretched beyond breaking. Bailey wants to see the email that could change her life, and will tear down the classroom to do so. Ryan idly twists a crisp packet into a weapon. Their teachers are barely any better: Mo sees no problem in sleeping with his boss; Polly is calling it quits.

What at first seems a play of four characters quickly narrows down to one: Bailey, played with blistering presence by Alice Vilanculo. She’s mesmerising to watch, simmering with rage. In her hands, Bailey becomes the beating heart of the play.

Unfortunately, the parts for her co-stars—particularly Tina Chiang as Polly—seem thinly drawn in comparison. A subplot with Mo that explores working relationships and professionalism doesn’t plumb new depths. Where Bailey and Ryan’s dialogue zips through jokes and threats, confidences and betrayals, Polly is almost ridiculously measured and gentle. At points, it stretches credulity – Polly is happy to ignore a fight outside her classroom, but panics at the “health and safety nightmare” of a student sat on a cupboard. It’s a rare miss in Marika Mckennell’s dialogue, which otherwise rings true.

Strong, active staging helps the show over the bumps in the script – the set is simple, but perfectly evokes the dated look of any classroom. The thudding entrances and exits through the audience become a feature rather than a flaw – especially when it’s Bailey and Ryan returning from the fray, with enough energy and intensity to carry the play home.