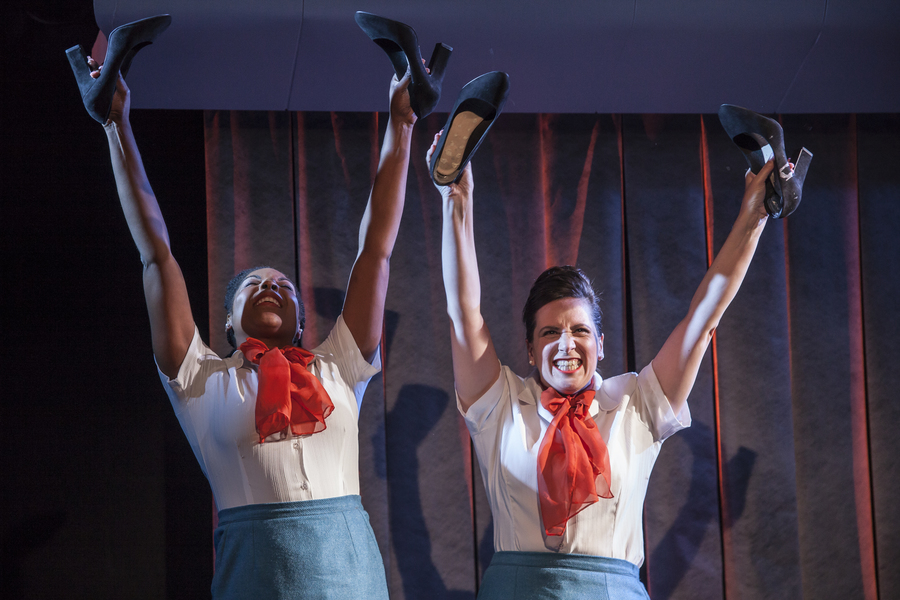 30,000 feet above land, Jane and Toni exist to serve; preened, pliable, softening their edges and hiding behind facades. On the ground, we soon discover, not much is different.

Enough begins almost comedically as the two friends and cabin crew colleagues are introduced, all smiles painted on and emergency exits this way. But as we learn more about them the in-air motifs become something more sinister altogether, a symbol not just of the pressurised, claustrophobic environment on an aeroplane, but the one experienced by many women in their everyday lives. Jane feels trapped by motherhood and domestic life; Toni keeps returning to a bad relationship because she just wants to be held. Neither can quite be honest with the other about the reality behind the facade.

Intense and jarring as it jerks between air and ground, across timezones, and through countless soulless hotel rooms, Enough plays out in a sparse but clever set which provides a perfect stage for stylised, complicated dialogue hinting at something bigger than both women, a shifting in the ground beneath them.

This feels like the right moment for a play ultimately about female anger and our harnessing of it. Powerful dialogue is brought to life through fantastic performances from Louise Ludgate and Amanda Wright who build complete and achingly recognisable characters in just 80 minutes. Between its theatrical accomplishment and contemporary relevance, audiences will leave feeling like Enough is as much a call to action as a Fringe show.