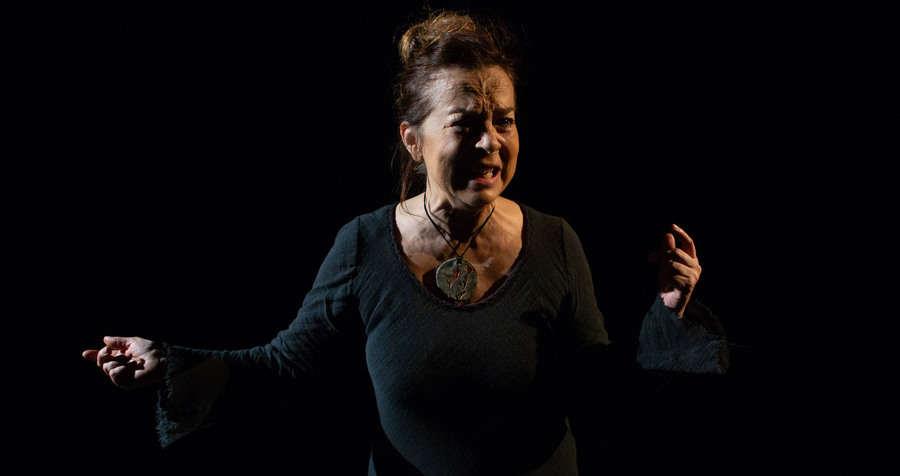 Father, from writer and performer Francesca Bartellini, is an ambitious piece, tackling abuse, climate change and religion. Bartellini performs as Mother, Father and Daughter in a story that jumps around in time, character and place to tell two horrifying tales: One of abuse within the family, and one of the earth's destruction.

The Father is a climate scientist, working for a ministry and appearing on television. Bartellini is unflinching in her position here, that man's destruction of the Earth must stop, and that it is man who is to blame. The Earth should be "women business". His work changes nothing. As a nurse, the Mother is meant to be nurturing, but is blind to her own family.

The jumps in time make the narrative extremely difficult to follow, and the characterisation is often unclear. The mother is fretful and simpering, the father dismissive and drunk. The daughter is sometimes a baby, sometimes an adult. She has to tell you her age, rather than showing it through performance.

There is a strong feminist, anti-patriarchal underlay but it lacks development. The narrative jumps often return to the same key points, and it would work better to spend more time in one place, laying a groundwork, than to repeatedly offer jigsaw pieces. The play suffers from its own complexity, moving too fast yet often labouring the same points. Bartellini tackles too many issues at once, not allowing enough development or reflection to truly connect with her audience.