A fishbowl that you can't always see into clearly 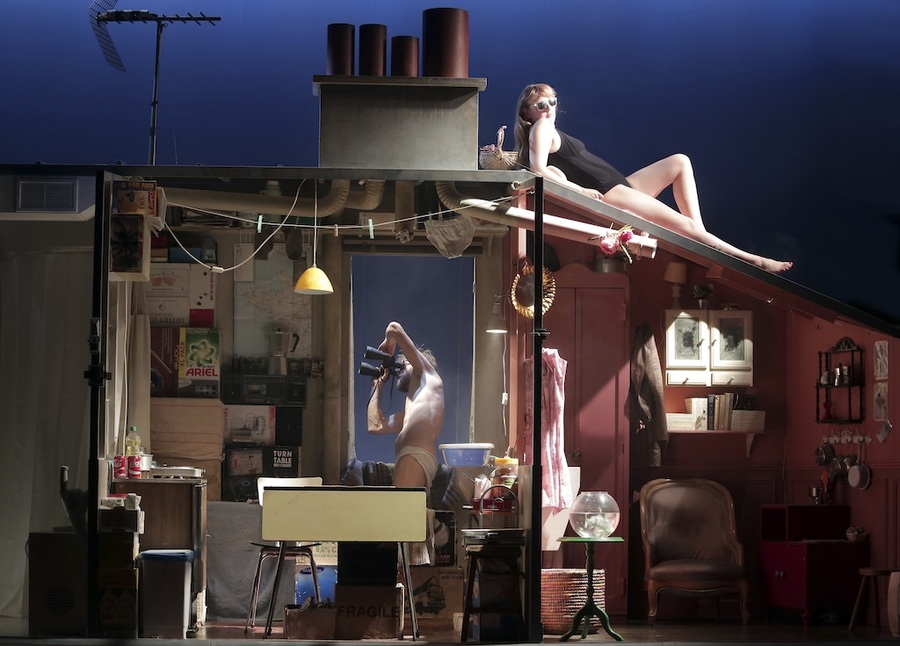 It’s not so hard to see why Fishbowl won the Molière Award for best comedy play in its native France. A riot of slapstick, visual jokes and silent farce, this is a delight for connoisseurs of physical comedy – les Francais among the most committed. That it combines technical whizz bangs with three exceptional clownish performances is all in its favour. And yet, there’s something missing here.

Partly, it's the venue. Sure, it’s usually a bit unfair to pick on the venue at a festival where any cupboard is costly, but for one of Pleasance’s tentpole shows in the Grand, this is no two-bit affair. It seems clear that the set has been only minimally adapted to a big, wide performance space. With this complex set, sightlines are awful. Anything played to the back of the three apartment blocks we are presented with is lost to the sides. For a production where technical excellence is everything, this is fatal.

In part, it's also perhaps a victim of its own success. We see three (sometimes) single people living, loving and bumping alongside each other in the close confines of a Paris tenement. We’re introduced to each, via some brilliant visual jokes. But their strength—that they are used but once—is also their weakness as the team must keep things inventive. One senses that they start to test the repertoire, like gymnasts working through the range of disciplines. It’s very impressive—high points from the judges—but it feels laboured.

Their best gags come at you quickly from odd angles, whereas longer sequences, for instance with a peeping-Tom payoff, can be seen creeping up from miles away. A postscript that is messy in the best possible way ends Fishbowl on a high, but the scene adds nothing to the narrative and one feels it's added in to make up for the fact that it’s not all plain sailing getting there.