A nostalgic, absurdist journey through the ads. 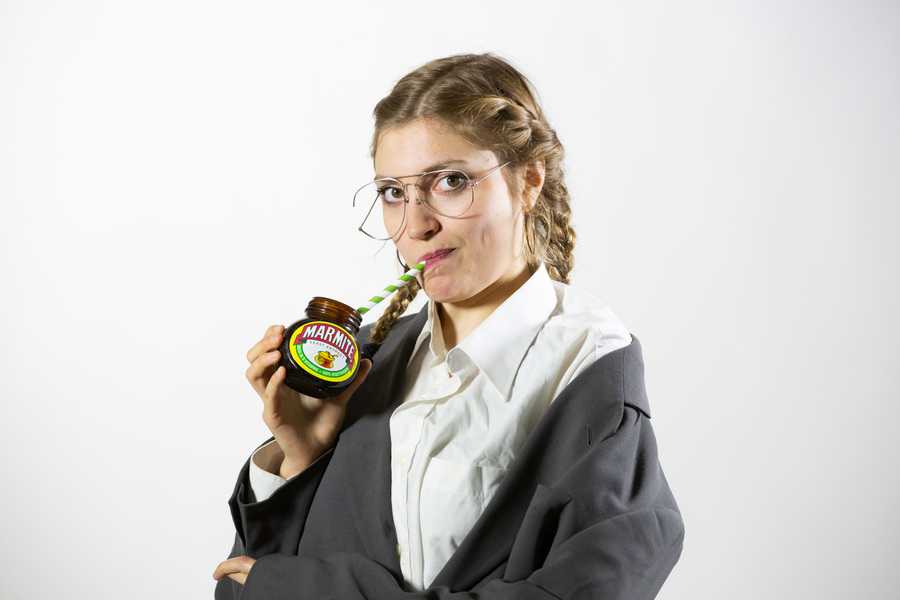 Forbruker is a Norwegian word meaning “a consumer”, so says the voiceover that begins this one-woman advert break. Clown Frankie Thompson recreates and satirises many recognisable small screen moments which play on our nostaliga, from the Cravendale cats with opposable thumbs to the more eye-rolling sex sells ads that dominate the perfume and car industries. Consumer research conducted on the audience guarantees she's appealing to her target market.

It is not really a one-woman show. Elizabeth Parker earns as many laughs as the “Voice of Consumerism” from her seat at the sound desk as Thompson does for her clowning, and the interaction between the two is one of the high points of the show.  They don’t shy away from an awkward silence or an intense stare, building the tension in the room and even eliciting an audible “oh no” as Thompson proves just how much she loves Marmite and asks the audience to prove it too.

Thompson is an engaging performer who easily holds attention and weaves adverts cleverly together through dance, lip synching and prop work. However, the show, which runs a little under its 50-minute run time, still feels like it has stretched to be too long, with some scenes not landing with the same power. Sometimes Forbruker seems to refer to the overarching ad agency, and at other times a character, Dr Forbruker, who Thompson is playing. Either one of these framing devices taking the lead would have added a clear line to the absurdism that Thompson already excels at.