Review: Frankenstein: How To Make A Monster 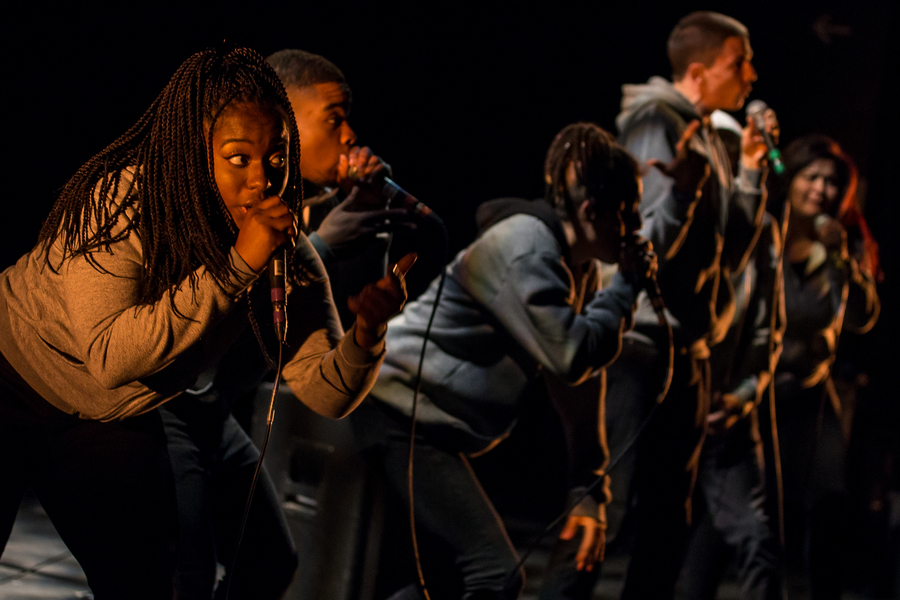 Frankenstein: How to Make a Monster
Photo by Lara Cappelli
By Stu Black
Published 11 Aug 2019

Blowing the cobwebs off a classic isn’t easy, especially when it’s one like Mary Shelley’s Frankenstein that’s spawned so many adaptations and left behind just as many clichés. Yet this thrillingly lippy production really does make the old monster feel fresh again.

Six charismatic young beatboxers, under the joint tutelage of Battersea Arts Centre and the BAC Beatbox Academy, have hijacked the stage at the Traverse Theatre to give us the remix of the Gothic creature feature we never knew we needed.

Their a cappella sound-storms are impressive enough (everything you hear is on the mic), but their creative take on the text also makes it richly resonant for a 21st century audience. Among the modern fears and frustrations they stitch together: social media angst, malignant narcissism, body dysmorphia, the rise of hate crime and urban alienation.

And while that might make the show sound serious, How To Make A Monster is also simultaneously as fun a show as you’ll find at the Fringe.

The scene where body parts are pilfered, for example, veers from gross and comic to soulful and sexy as each organ gets a theme song – including a bit of Marvin Gaye’s 'Let’s Get It On' for an appendage that’s usually overlooked.

Elsewhere, the showdown between doctor and creation becomes a beatbox battle, and later a bullying spotlight shines on the audience to give us a taste of what the persecuted monster is going through.

All that and you get a starter lesson in beatboxing from the Academy’s co-director Conrad Murray. Sick.