Review: Frankie Foxstone AKA The Profit

An immersive satire experience that will make you laugh and think 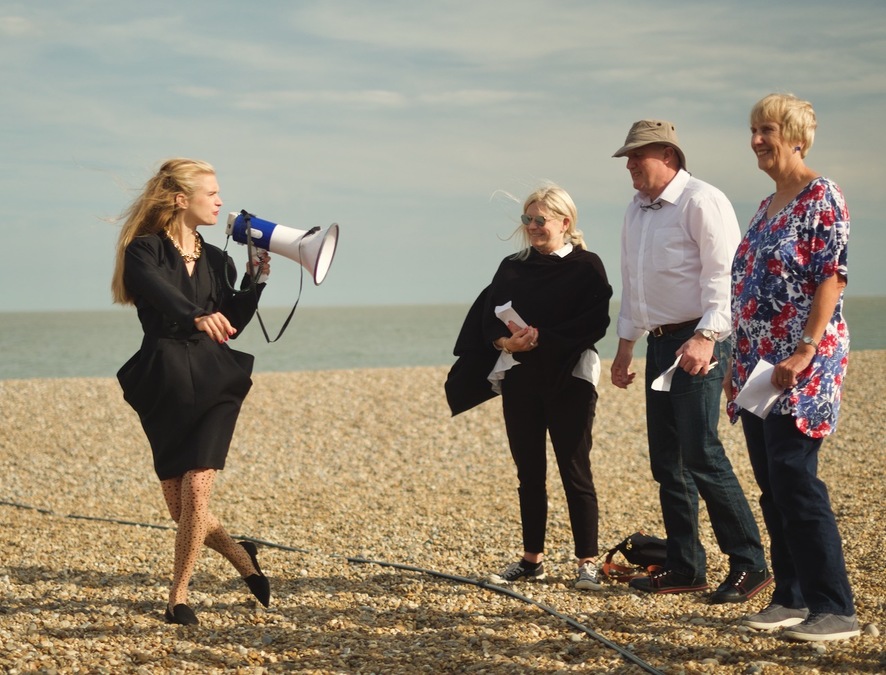 For many, the defining image of the Fringe is of absurd performances erupting randomly on street corners to the confusion and amusement of passers-by. This is exactly what Frankie Foxstone’s walking tour is, and it’s just as fun as it sounds.

Comprising of a literal tour round part of Edinburgh’s New Town, the interactive satire sees performer Amy Gwilliam take on the persona of Frankie Foxstone, perfectly-poised but unapologetically ruthless property developer. Over 50 minutes, she guides participants through her plans to “make Edinburgh great again”, evading tax and loopholing her way out of providing social housing along the way.

The whole point of this performance is interactivity and Gwilliam involves participants throughout without ever leaving them too exposed. The concept is absurd and the games silly, but Gwilliam, in character as Foxstone, creates an environment where there is no reluctance or resentment about joining in.

Her performance is impressive, staying in character as the tour is interrupted by cars honking as they pass or children trying to join in, as is the risk with an immersive public show. While participants laugh throughout at the silliness of it all, the satire is also sharp, with Gwilliam embodying all the greed and single-mindedness of our money-obsessed society – a theme only too relevant in a city growing and developing with alarming pace.