Travel back to Weimar Germany with this cabaret, drag and theatre combination 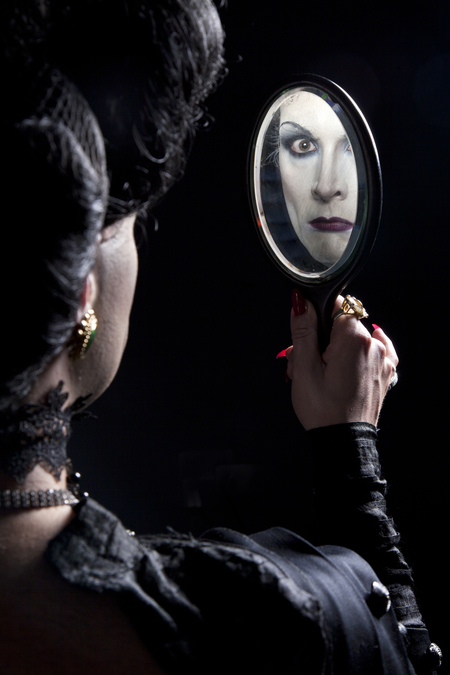 Frau Welt is a woman of rumour, controversy and legend from Berlin to Broadway, but the fading glory of the Weimar Cabaret now finds herself at the end of the pier – or rather, in Edinburgh. She is here to tell her true story for the first time, before she retires into oblivion. Performed by Peter Clements, Frau Welt combines drag, cabaret, theatre and movement to warn audiences of the toxicity of ambition.

Clements has a precise physicality – he magnificently owns the stage with balletic gestures. Dressed in a beaded black ballgown with a coiffed black wig and stark makeup, he makes for an imposing, ghostly figure. The image he cuts is striking. Frau Welt's story is one of a maniacal drive for success, with her first target being the Berliner Ensemble run by Bertolt Brecht and his leading lady/wife Helene Weigel. After a demeaning start with the company, she decides she is willing to do anything she can to succeed in showbiz.

The script is simply structured and punctuated with lip-synched musical numbers and hilarious audience participation. The participants are pushed to their limits with physical contact, dance and feigned affection. Clements never forces someone to join if they refuse, but a lot is expected of those who do initially show willing.

The genre mashup is high camp, entertaining and crafted with obvious skill, but the story and its message don't provide much social commentary. Nevertheless, it's a fun, well-performed show.